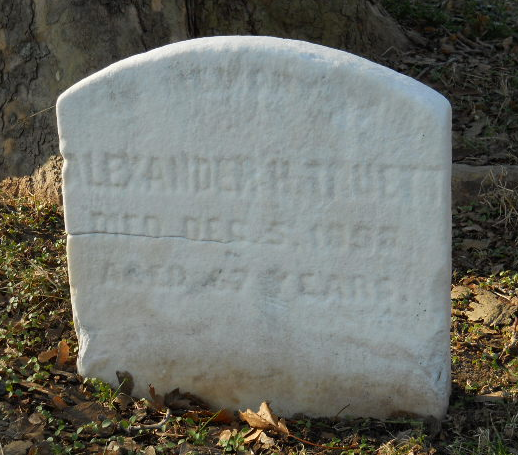 Alexander had a patriotic start to his life, born on the Fourth of July, 1833 in Baltimore, and he lived a patriotic life of service to his country as a sailor. He first entered the Navy in 1855 and reenlisted in 1858 in the “Home Squadron,” part of the pre-Civil War Navy that protected coastal commerce and suppressed piracy. That same year Mexico was involved in its own civil war, known as the Reform War, between two political factions. Alexander was on board the USS Saratoga that fought in the 1860 naval battle off Anton Lizardo, Veracruz. The Saratoga and two chartered steamers defeated two Mexican ships and helped bring about the end of the war.

Alexander reenlisted in 1861 and served in a fleet of ships under the command of Flag Officer David Faragut. He led a successful battle in Louisiana against Fort Jackson and Fort St. Philip, situated on opposite sides of the Mississippi River in April, 1862. The fleet sailed on to capture New Orleans and participated in naval bombardments against Vicksburg in 1863.

The other major port in the Gulf being defended by the Confederates besides New Orleans was Mobile, Alabama. By the following year Alexander was a coxswain, a commonly-used rank for the person in charge of the ship. His was the USS Richmond, part of Faragut’s fleet that began blockade duty in Mobile Bay in November, 1863. The bay was heavily mined (tethered naval mines were known as torpedoes at the time). On August 5, 1864, Farragut ordered his fleet to charge the bay, and it was during this mission his order became a part of popular culture, usually stated as “Damn the torpedoes, full speed ahead!”

Alexander was one of 29 Richmond crew members to receive the Medal of Honor. Two of those, James Martin and John Smith, are also buried here at Mount Moriah. Alexander’s citation reads as follows:

“On board the U.S.S. Richmond during action against rebel forts and gunboats and with the ram [ironclad] 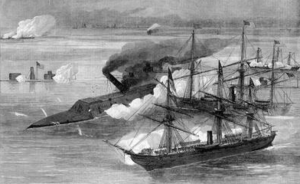 Tennessee in Mobile Bay, 5 August 1864. Despite damage to his ship and the loss of several men on board as enemy fire raked her decks, Truett performed his duties with skill and courage throughout a furious 2-hour battle which resulted in the surrender of the rebel ram Tennessee and in the damaging and destruction of batteries at Fort Morgan.” (War Department, General Orders No. 45, December 31, 1864)

Alexander was admitted to the US Naval Hospital in Pensacola, Florida January 6, 1865 with pleuritis, sharp chest pain due to inflammation. Having never married, he continued to reenlist at least through 1880. Throughout his career he served on at least ten different ships, eventually retiring to the Naval Home in Philadelphia. He applied for a pension in January 1898 but died from an embolism, the blockage of a blood vessel, on December 5 at age 65.