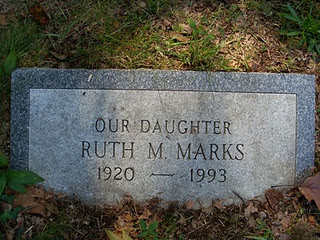 Ruth’s headstone is near her parent’s gravesite. (Source: Find A Grave) Ruth is buried in Section 141, Lot 46 – South East 1/4. Her parents & grandparents are also buried in this plot which is located on the Delaware County side of the cemetery.

Ruth served in the Navy during the Korean War. She attained the rank of Lt. J G at her discharge on 9 Mar 1954. Ruth’s veteran burial record is below. (Source: Ancestry.com PA Veteran Burial Records) 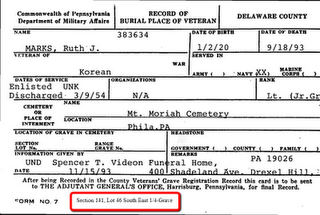