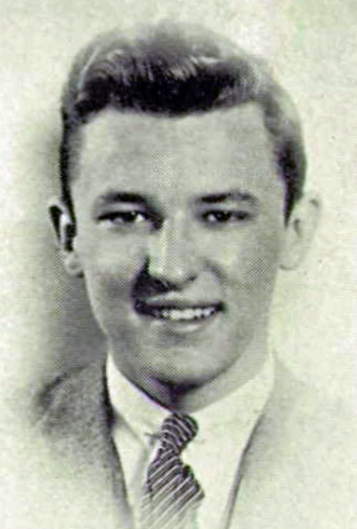 He was known as Bill, as “Mac” by his buddies, and he was known at West Philadelphia High School for being voted “best looking” in the Class of 1937. He grew up with a half-brother and half-sister from his mother’s previous marriage.

A year after he graduated and entered the workforce, his father died, so Bill’s mother’s mother, Hannah, moved in with them. Bill was working as a machinist at Belmont Iron Works when he registered for the draft in February 1942, joining up in October with the 508th Parachute Infantry Regiment of the 82nd Airborne Division.

He successfully completed jump school at Fort Benning, Georgia. Then, two days before Christmas 1943, Private McKnight shipped out to England. Over the next five months, the paratroopers of the 82nd prepared for the liberation of France.

In the early hours of D-Day, June 6, 1944, Bill parachuted successfully into Normandy, but on June 8, just two days later, he was killed in a gun battle not far from where he landed.  He was awarded the Purple

Heart and the Combat

Bill’s body was returned in 1948 and buried in Section K next to his maternal grandmother, Hannah, who had died in 1945. The correct dates on his military headstone should show he was born nine years earlier and died six days sooner. His father is in Section 137, Lot 31. In addition, his great grandfather, Joshua Severs, a Civil War veteran, is in Section 102, Lot 156.