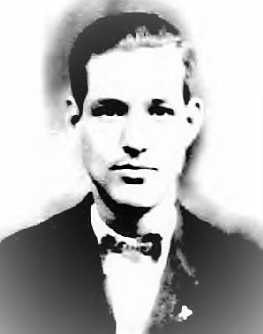 William R. Hapgood was born in Philadelphia to Herbert Cecil Hapgood (1876-1945) and Frances G. Anderson Hapgood (1875-1922). They lived at 3419 Hamilton St. in the Powelton Village section of University City. In the 1920 Census Herbert’s occupation was a reporter for a mercantile agency and William was a clerk at an oil company, the only field in which he ever worked, other than his two years in the Navy.

In his early 20’s William distinguished himself in the sport of singles and doubles scull boat racing. He raced out of the Bachelors Barge Club, one of the club houses situated along Boat House Row on the Schuylkill River in Philadelphia. The Club was founded in 1854 and today holds the distinction of being the oldest continuously operating boat house in the U.S. 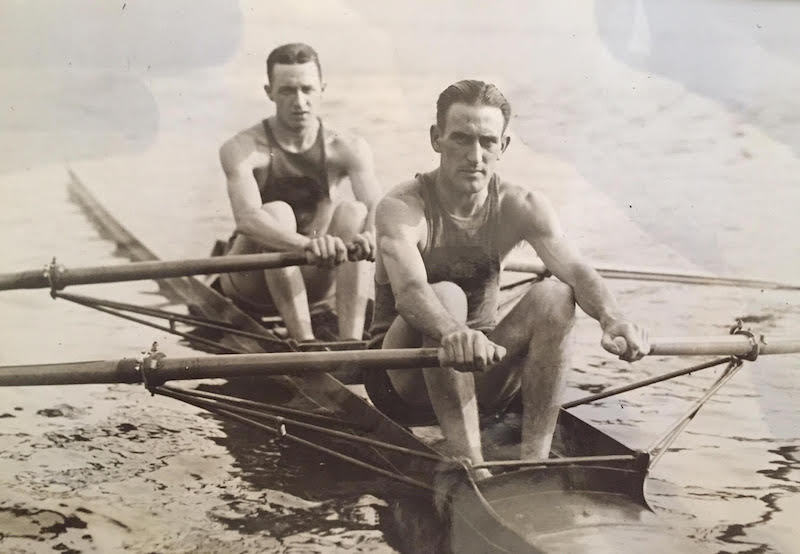 This photo shows William (in back) in the “bow” position and Garrett Gilmore in the “stroke” position after winning the national doubles championship in 1923. The next year William was selected as an alternate rower at the 1924 Summer Olympics in Paris.

(One of the most famous rowers of that era was John B. Kelly, Sr, who was also from Philadelphia. He won Olympic Gold Medals in the singles and doubles scull racing in 1920, and Gold in the doubles in the 1924 Olympics. He was also the father of Grace Kelly, the movie star who married the Prince of Monaco.)

William married Mary Crosby in 1921 in Philadelphia, and they had two children, Mary Elizabeth in 1924 and William Robert in 1934. When he registered for the draft in 1940 he was working for Sinclair Refining Co. and they lived in Rochester, New York.

Assignments given to escort carriers were to defend convoys from enemy submarines and planes, provide air support to ground forces during amphibious operations, serve as backup aircraft transports for fleet carriers, and to ferry equipment, supplies, and aircraft of all military services to points of delivery. 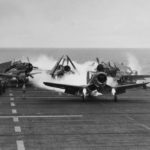 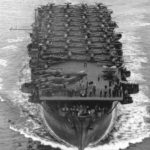 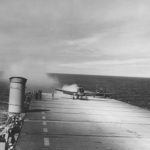 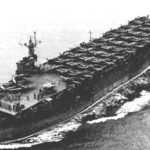 The Altamaha’s encounters with enemy submarines were rare. The first was just a month after its initial commissioning in September 1942 when it was sailing to San Diego along with the destroyer USS Kendrick. Members of the destroyer reported seeing three torpedoes that had been fired at the escort, but no one on the escort saw them and they continued on without incident. A second encounter occurred in April, 1944 just after William had arrived on his new duty ship. They were in a task group which included four other escort carriers. The group reported contacting two submarines but did not receive credit for damaging or destroying either.

The most serious event in the ship’s history was not combat related. It was caused by nature. On December 16, 1944 the ship joined a task force in the Philippine Sea and the next day started to transfer pilots to the destroyer USS Buchanan. Heavy seas then compelled the crew to break off the task. The next morning the storm had grown into a raging typhoon. The ship was laboring heavily and rolling as much as 25-30 degrees to either side. An hour later visibility dropped to zero, and the vessel abandoned all effort to keep station. During the chaos half the planes broke loose and plunged overboard. The ship also experienced flooding in the forward elevator pit but after the storm passed there were no casualties.

The Altamaha remained in the Pacific Theatre, and William stayed with the ship until the war was over. He was discharged as a Lieutenant Commander in the Supply Corps 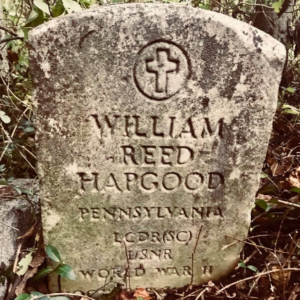 He returned to work as an oil salesman and lived in a number of residences, including Harrisburg and Albany, New York. He died of a heart attack in 1961 while living in Newark, New Jersey. William’s wife died in 1988 and is buried beside him.