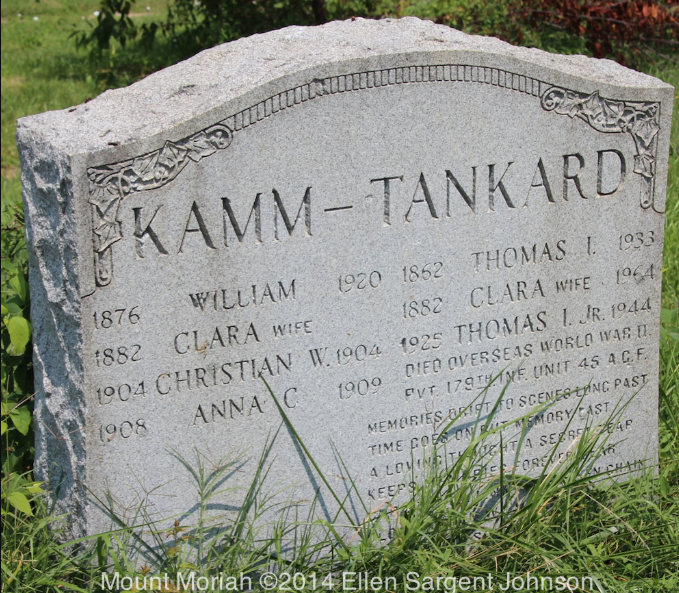 A soldier’s mother knows a special kind of pain, and Thomas’ mother was all too familiar with grief. Clara Kamm suffered the loss of two infant children and her first husband before she turned 39 years old, followed by her second husband, Thomas Tankard, Sr., 13 years later.

Thomas was raised solely by his mother from the age of 8 in Collingdale, a borough in Delaware County just three miles west of Mount Moriah. He registered for the draft on August 30, 1943, the day after his 18th birthday. A little more than two months later, he left his store apron at the Acme supermarket to put on an Army uniform. His mother shed more than a few tears when he left on a ship for Southern France 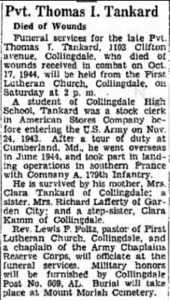 Private Tankard was reported missing in action October 12th of that year and died in a German Prisoner of War hospital five days later. Clara’s sadness at the news of him being missing grew worse as time passed, until she finally received word that he died from his wounds.

She waited another four years before her son was brought home for his permanent burial with military honors in Section E, Range 10, Lot 10 in January, 1949. Clara submitted an application for a military headstone three months later, but there is none there today.