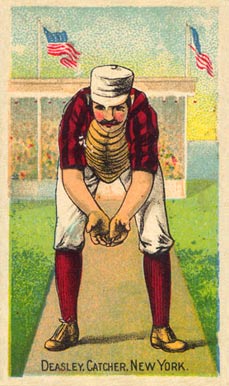 Thomas H. “Pat” Deasley was born in Ireland in 1857 and emigrated to the United States sometime prior to 1880 when he began his baseball career. He made his major league debut as a catcher with the Boston Red Caps on May 18, 1881.

The president of the National League at that time was William Hulbert who wanted the league held to strict Victorian rules including no play on Sundays and codes of conduct covering how players dressed and acted outside the ballpark, language (no cussing) and consumption of alcohol. National League ballparks were forbidden to sell alcohol on game days. Several teams, expelled from the league for violating these rules, joined with other unaffiliated teams to create the new American Association league which was nicknamed the “Beer and Whiskey League”. The new league permitted alcohol to be sold at their games and the players were also known to imbibe.

By this time, Deasley was playing for St. Louis. In a story that would suit today’s tabloids, after quarreling with Deasley, fellow catcher Tom Dolan went to the press with stories of Deasley’s drinking and a salary dispute. Deasley responded in an article in Sporting Life claiming Dolan’s assertions were “a pack of lies”. However, the owner of the St. Louis Browns considered Deasley a troublemaker and in 1884 he was released by the Browns and signed by New York. While playing for New York, Pat had a minor run in with the law in Philadelphia. According to an article in the NY Times on March 10, 1887 Deasley was reported as being drunk and hurling three cuspidors (spittoons) through a store window on Germantown Avenue. Deasley responded by saying the story was only partially true; he was not drunk nor did he throw cuspidors. Instead, he claimed a snowball he was carelessly handling slipped and went through the window. He stated “he had not touched a drop of liquor for eight weeks, at which time he swore off and signed the pledge for one year”. Payment of 30 cents was made to cover the cost of the glass. Deasley was anxious to get the correction made to prevent a wrong impression of his habits.

Pat Deasley continued playing ball until September of 1888. In his final season with Washington, he was a teammate of Connie Mack, another catcher who went on to manage the Philadelphia Athletics for 50 years. In a career that spanned 8 years, Deasley had over 1400 at bats, but never hit a home run. 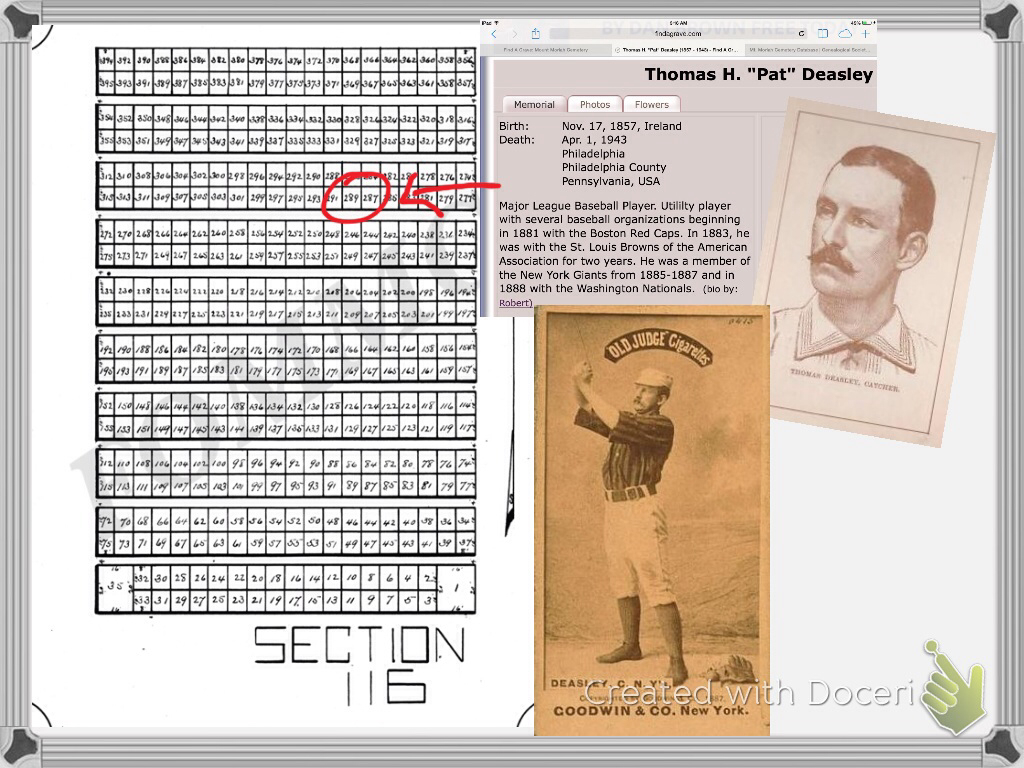