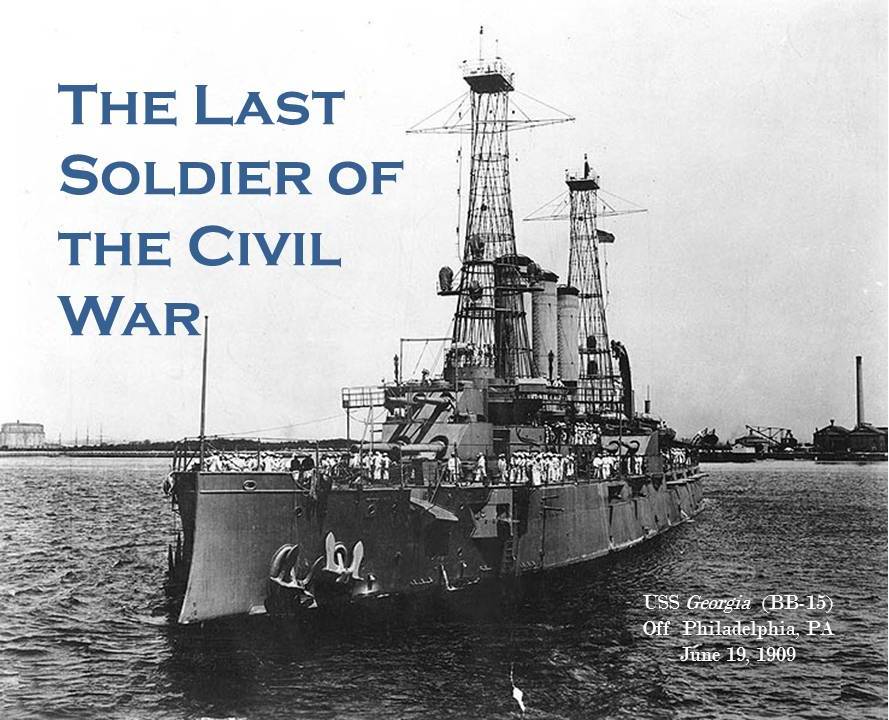 In 1932, in the midst of the Depression, Mrs. Emma Kruger Scholls, the widow of Naval Home beneficiary William Henry Scholls, applied for a Confederate widow’s pension from the State of Florida. All she knew was that her late husband had served as a drummer boy in the Confederate Army. Unable to document her husband’s Confederate service, Florida officials denied her claim.

In 2008, while researching Navy Chief Master-At-Arms William H. Scholl’s Naval Asylum Plot grave, we discovered his affidavit attached to another Florida Confederate widow’s pension application, filed on behalf of his brother’s widow in 1919. Scholls’ affidavit not only confirmed his younger brother’s service, but his own – in the Confederate States Marine Corps. Both were drummers.

The documents attest to a remarkable story of a veteran we believe is the “Last Soldier of the Civil War” still “on duty” at the end of World War 1.

Born January 21, 1848 in New York City to Jacob S. and Bridget Sweeny Scholls, William grew up in Warrington, Escambia County, Florida (near Pensacola). His father was a US Marine Corps Sergeant from Easton, PA, and a veteran of the Mexican War. 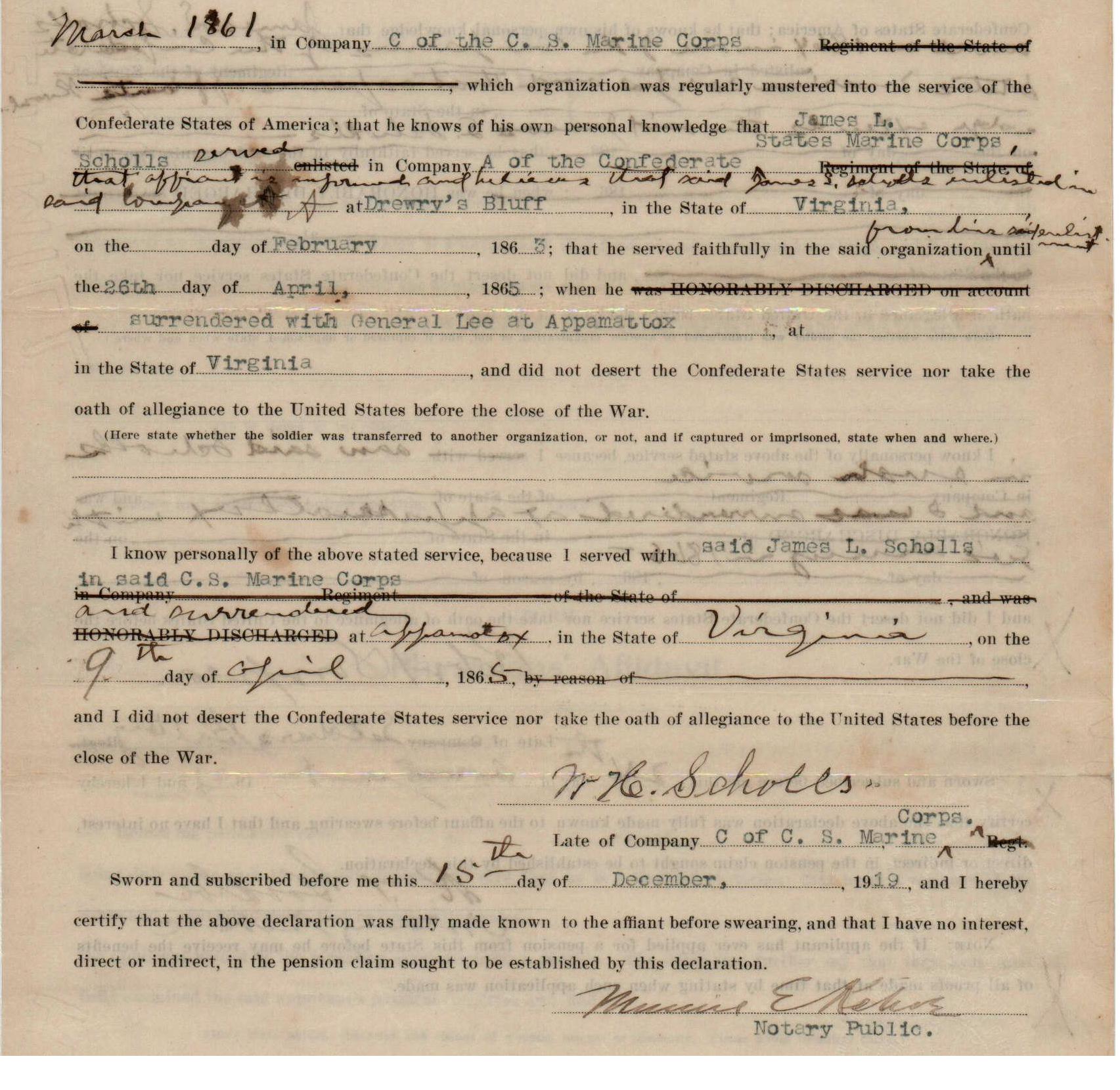 William Henry Scholls began his military career in March 1861 at the age of 13, enlisting as a drummer in the Confederate States Marine Corps, Company C, at Drewry’s Bluff, VA. His father, later assigned to the ironclad ram CSS Virginia, was the CSMC’s “First” Sergeant. His younger brother, James Lawrence Scholls, followed in 1863, enlisting also as a drummer (CSMC, Company A) at the age of 11.

Drummer William Henry Scholls served throughout the war at Drewry’s Bluff, the headquarters of the Confederate Marines. At the end of the war, the last of the Confederate Marines and sailors, including the Scholl’s brothers, fought a last ditch battle at Sayler’s Creek, VA outside Petersburg. Encircled, the Confederates sailors and marines held off several regiments of Union soldiers in hand-to-hand fighting, before finally being forced to surrender.

Of 400 Confederate Marines at Sayler’s Creek, only 21, led by 1st Lieutenant Richard Henderson (son of the late USMC Commandant Archibald Henderson), escaped to Appomattox to join up with General Robert E. Lee’s forces. Among them were the Scholls’ brothers. Both were surrendered and paroled at Appomattox, April 9, 1865.

Fifty-two years later, at the start of America’s involvement in World War I, William Henry Scholls, then 69 years old, was serving in the US Navy as Chief Master-At-Arms aboard the battleship USS Georgia. Chief Scholls enlisted in the Navy on July 1, 1890 and served for the next 30 years until his retirement at Pensacola Naval Air Station, March 10, 1920. He was a veteran of the Civil War, the Spanish American War, and World War 1. 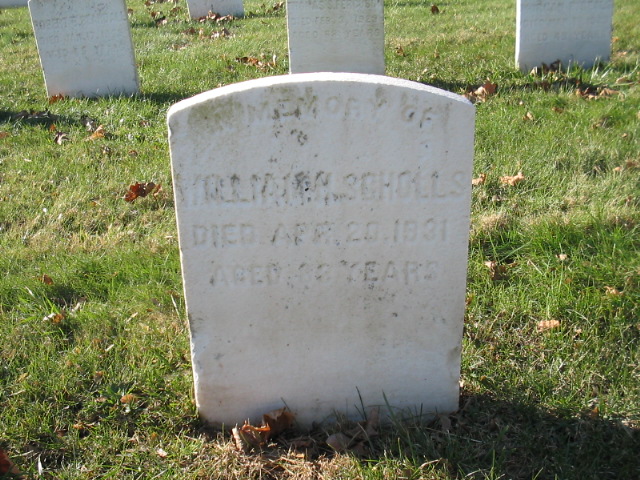