Born in Philadelphia, Pennsylvania, he fought in the Mexican War, and was a merchant in Philadelphia when the Civil War began. He joined the Union Army, and was commissioned as a 1st Lieutenant in Company h, 20th Pennsylvania Volunteer Infantry on April 30, 1861. He served through the unit’s three month enlistment, and was mustered out on August 6, 1861. He re-joined the Union war effort a year later, and was commissioned as Captain and commander of Company C, 68th Pennsylvania Volunteer Infantry on August 4, 1862. He was subsequently promoted to Major on January 10, 1863, and to Lieutenant Colonel on November 12, 1863. He assumed command in October 1863 when the 68th Pennsylvania’s Colonel, Andrew H. Tippen, was captured by Confederate forces. Lieutenant Colonel Winslow led the regiment for nine months, relinquishing command when Colonel Tippen was exchanged. He served through the end of the war, and was honorably mustered out on June 9, 1865 at Hart’s Island, New York City Harbor, New York. He was brevetted Colonel and Brigadier General, US Volunteers on March 13, 1865 for “faithful and meritorious services”. 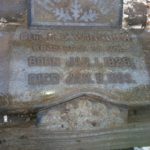 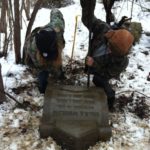 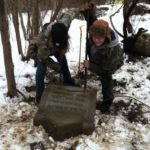