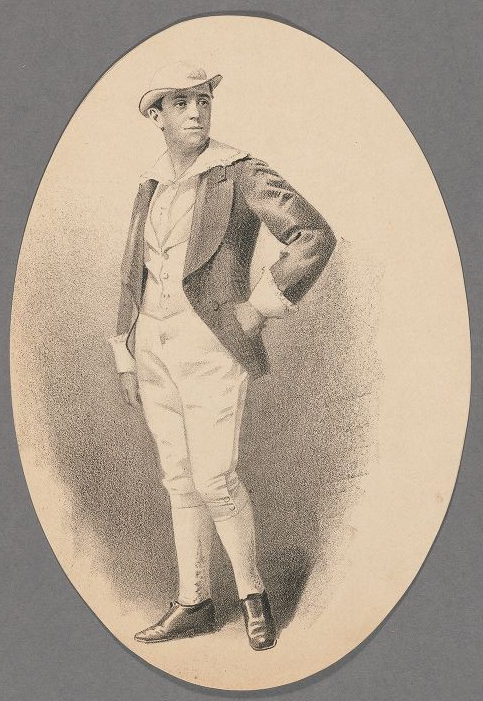 The earliest report of a performance by Bobby Newcomb is recorded in Canada in 1856. A year later, he drew the attention of W.W. Newcomb and became a member of the newly formed Rumsey and Newcomb’s Minstrels. He traveled with the Newcomb troups for several years, eventually adopting Newcomb as his last name.

The minstrel show or minstrelsy is an American theatrical form. It was popular from the early 19th century into the early 20th century, reaching it’s peak popularity between 1850 and 1870. Minstrels showcased traveling singers, dancers, musicians and comedians. Performers frequently appeared in blackface and mimicked the singing and dancing of slaves.

Newcomb appeared with many of the top minstrel shows including the Christy Minstrels, Carncross and Dixey’s and the San Francisco Minstrels. He toured throughout America appearing in many major cities such as Chicago, Philadelphia, New York, San Francisco and Pittsburgh as well as traveling to Cuba, England and Germany.

On September 28, 1867, he married Mary Blake. Together they had three daughters:  Augusta, Effie and Blanche. The children were bright and talented. With coaching from their parents they, too, became stage performers traveling far and wide, performing sketches and farce comedies written by their father.

Bobby Newcomb stood out among other minstrel performers as a master song and dance man. He wrote and performed his own songs and dances which made him unique among his peers. He also composed and produced work for other performers. He wrote “The Big Sunflower” for Billy Emerson who at the time was known as “the prince of minstrelsy”.  A contemporary of Newcomb’s was Stephen Foster who today is remembered for such popular songs as “Old Folks at Home” and “Oh Susanna” which were composed during the minstrel era.

On June 1, 1888, while traveling and performing with his family, Newcomb died of pneumonia in Tacoma, Washington Territory (Washington would not be granted statehood until 1889). It was reported that his funeral was largely attended by professionals in Tacoma and his body was escorted to the depot. The NY Clipper reported on June 16, 1888 that ” the remains of Bobby Newcomb arrived  and was taken in charge by a committee of the Philadelphia Lodge of Elks. The burial took place at Elks’ Rest in Mount Moriah Cemetery. Frank Moran had charge of the arrangements.” 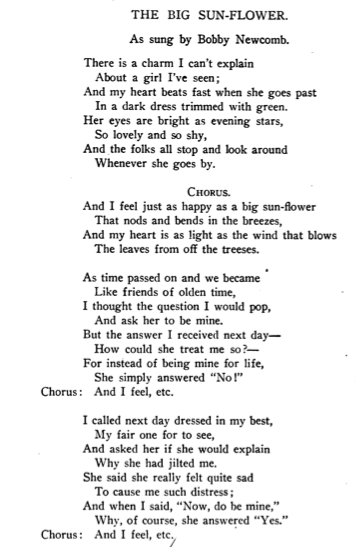