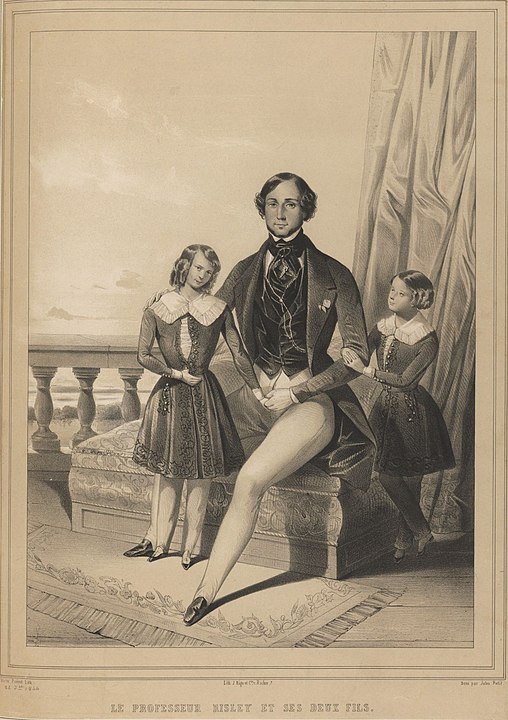 Athlete, gymnast, postmaster and bounty hunter are just some of the ways to describe Richard Carlisle. He was born in the Bass River area of New Jersey near the coastal tip of Burlington County. At an early age he became a gymnast in a traveling circus passing through town. January of 1834 saw Carlisle appointed as the US Postmaster at Crosswicks in Burlington County, and about this time his son John was born.

In 1835 Carlisle traveled to St. Joseph’s County, Indiana with his mother and family where he purchased 160 acres of land from a Potawatomi Indian named Lazarus Bourissa. Originally known as Bourissa Hills, Carlisle platted the area under the new name New Carlisle. He remained there for approximately 3 years working a brief stint as a bounty hunter. It was here his second son Henry was born.

Both sons would go on to travel the world with their father performing their circus acts. The trio became known as the “Risley Family.” Carlisle developed his trademark juggling routine around 1841, an act that would eventually be known in the circus world as the “Risley Act.” He would lie on his back, supporting one or more flyers  who would be spun around using only his feet. With his six-year-old apprentice John, Richard made a journey to the West Indies in early 1843 and was in Guadaloupe when an earthquake occurred. According to the New York Times, the pair barely made it out alive.

In 1845 they went abroad, performing at the Drury Lane theatre in London before the queen. In St. Petersburg Richard won sixteen prize rifles by his marksmanship. Returning to London, he wagered that he could beat anyone else in the city at shooting, wrestling, jumping, throwing the hammer, and playing billiards. He did just that the next day in everything except billiards.

Richard returned to America in 1847, appearing at the Broadway Theatre in New York, and at Rufus Welch’s National Circus in Philadelphia. An advertisement referred to them as “The truly electrifying display of acrobatic excellence, by Professor Risley and his sons.” The next year he brought the first troupe of Japanese acrobats to this country, at a cost of $100,000, ,then returned to London to open an American bar and bowling alley.

In the early 1850s, while still a young man, he decided to retire to a farm near Chester, Pa. The idle life was not for him though and he resumed touring. Richard’s last adventure was in bringing a variety troupe from Europe to New York. It proved to be a financial disaster. He set up as a variety agent in Philadelphia, and again failed. He suffered a nervous breakdown and was institutionalized at the Blockley Almshouse where he died a pauper by age 60.