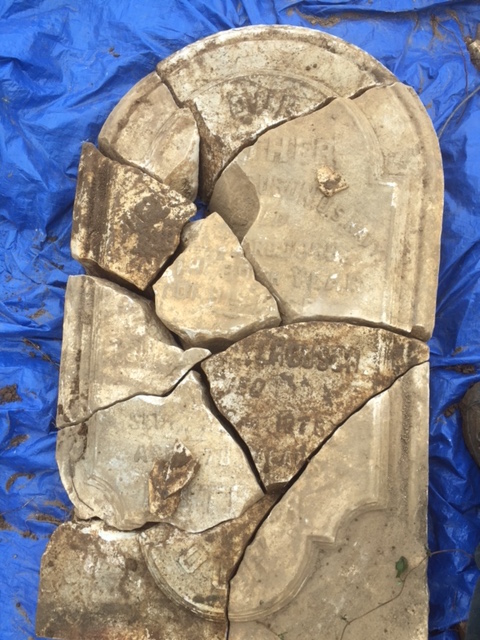 James Ferguson was in the U. S. Navy all of his professional career which began in the early 1800s and lasted through the 1860s. He served in the War of 1812 and the Civil War.

He was a sailmaker by craft and was elevated to the rank of sailmaster on the Frigate Constellation on May 28, 1812. He was an observer of and participant in many historic military and diplomatic events in the 19th century.

A sailmaker learned his trade by working in a three year apprentice program in a sail loft on shore. This usually started at age fourteen. During that time the apprentice would get free room and board, but no salary. Upon graduation he could work for either a civilian sail maker (and there were many in the Philadelphia area), a commercial ship, or the Navy.

A ship leaving for sea typically carried two or three sets of sails (a set could be as large as 3/4ths of an acre).

A sail maker had a tough, physical job. There were no machines, and all the cutting and sewing of the heavy cotton or linen cloth had to be done by hand. Wind was the sole power for the ship and the sailmaster was tasked to cut and sew the sails to capture as much wind when the sails were unfurled. The sailmaster was also responsible for: repairing sails, making sure the sails were hoisted in port for drying to prevent mildew or rot, storing the sails, and watching out for damage from insects and rats.

The sailmaster on Navy ships was ranked as an officer, and he reported to the carpenter.

Ferguson’s first assignment as a sailmaster was on the Constellation in May, 1812. The ship was launched in 1797 at a Baltimore shipyard. It was a 3 masted vessel with 48 guns, four decks (orlop, berth, gun, and spar), and was manned by 340 officers and enlisted. Late in 1812, it was dispatched to Hampton Roads, VA at the mouth of the Chesapeake Bay.

In January, 1813 a large British armada, consisting of about 100 gun ships, frigates, sloops and smaller vessels appeared at the entrance of the Bay and formed a blockade. To put things in perspective, each of the dozen gun ships had more firepower than all the American batteries inside the blockade. The Constellation anchored in the Elizabeth River along with 20 small boats and protected Ft. Norfolk, Ft Nelson, Portsmouth, and the Gosport Navy Yard and prevented the British from entering the Bay. These facilities also provided additional, concentrated defensive firepower. The blockade lasted for the duration of the war and ended in a stalemate.

The War of 1812 ended on February 18, 1815 with the signing of the Treaty of Ghent. In March, 1815 Pres. James Monroe declared war on Algiers, one of the countries engaged in hi-jacking commercial ships for ransom. If money was not paid they would kill the crew and/or sell them into slavery. Two squadrons of ships, including the Constellation engaged the Middle Eastern countries of Algiers, Tunis, and Tripoli (now Algeria, Tunis and Libya and soon treaties of peace were signed. The Constellation returned to Hampton Roads in December, 1817.

From 1819 through1834 the Constellation was tasked with guarding American shipping in the following areas:

These was the last missions for Ferguson on the Constellation, but the ship sailed on until 1853 when she was scrapped. A new Constellation was built in 1854 using some of the parts from the original 1797 ship, and remains afloat today as a tourist attraction at the Inner Harbor in Baltimore.

In March, 1835 Ferguson was ordered to the Sloop Peacock in New York Harbor. In April the ship departed for an around the world mission. On board was Pres. Andrew Jackson’s “Special Confidential Agent,” Edmund Roberts.  This would be the second try, using the same ship, to secure trade treaties in the Middle and Far East. They sailed south past Brazil and then crossed to the Pacific Ocean by navigating the treacherous Cape of Good Hope. They sailed on to Zanzibar on the East African Coast on the Indian Ocean. In September the ship was grounded on a coral reef in about 2 ¼ fathoms (13 ½ feet) near Muscat, the capital of Oman in the Middle East. They freed themselves by sending 7 men in a small row boat with a line that was tethered to the ship. The crew on the ship then lightened the ship by tossing 11 of their 22 guns overboard. Once that was done the crew in the row boat was able to tow the ship off the reef.

They then proceeded to Cochin-China (modern day Vietnam). Roberts attempted to negotiate a treaty, but was unsuccessful. Roberts fell ill with dysentery and the ship withdrew for treatment to Macao, near Hong Kong where he died in 1836. The ship then departed for home, and arrived in Norfolk in October, 1837.  The entire trip lasted 2 ½ years.

In 1838 the ship joined the U.S. Exploring Expedition. While navigating the Columbia River in Oregon the ship got stuck on a sand bar and sank. All of the crew and most of the scientific data were saved, however.

In 1842-44 he served on the Frigate Columbia and patrolled around Brazil and the Mediterranean.

In 1844-45 he served on the Frigate Potomac, as it patrolled in the West Indies.

During the Civil War he was a sailmaker, stationed at the Philadelphia Navy Yard.

He was a Freemason and was admitted in Harmony Lodge 52 in Phila. as a Master Mason in 1816. He and wife Louisa, and 5 other Fergusons are interred in the Circle of St. John’s, Section 43, Lot 69, Grave SE1/4. His grave marker, shown in the enclosed photo was found by Ken Smith 2 feet underground.

At the time of his death his family’s home address was 1518 S. 5th St, Phila, but he actually died at his son’s residence in Ft. Mifflin, the historic Revolutionary fort on the Delaware River.