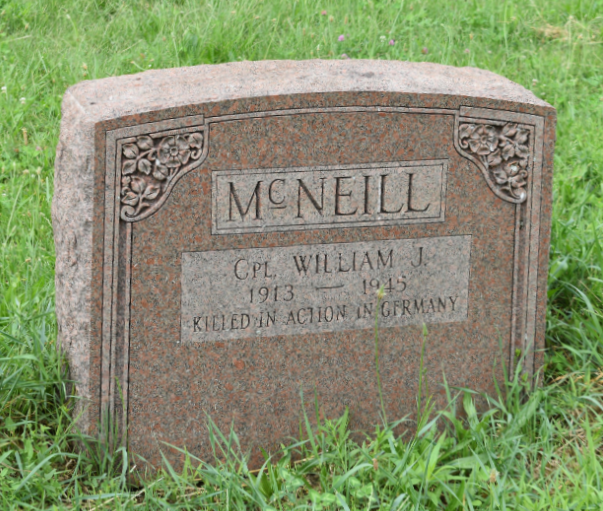 William grew up in the Grays Ferry section of Philadelphia less than a block east of the Schuylkill River. His parents, Albert and Annie, rented a row house for their family of three boys, three girls, and Annie’s Irish-immigrant mother. Just next door was Annie’s brother, his wife, and three children. Neither William nor his brothers went beyond the sixth grade in school in order to supplement the family income.

The first peacetime conscription in US history began under the “Selective Training and Service Act of 1940,” so William registered, as all men between 21 and 35 years old were required to do. He was “called up” just before Christmas of 1942, two months before his 30th birthday. Private McNeill (who would later become a corporal) was assigned to the 644th Tank Destroyer Battalion and he went with them to Scotland in January 1944.

They landed on France’s Utah Beach in July and pushed to the east as part of the Third Armored Division, using 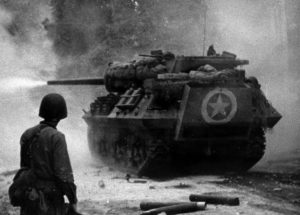 M10 tanks as shown here. The 644th was entrenched in the Battle of the Bulge that winter. After a month in Belgium the offensive resumed in February and they crossed into Germany.

The end was almost in sight when Corporal McNeill lost his life to enemy fire. It was April 9th, less than a month before VE (Victory in Europe) Day.

When his body was returned to his hometown, William’s father chose a robust headstone, symbolic of the strong character of the men of the 644th and of his son in particular. William’s parents are also at Mount Moriah, on the Yeadon side in Section 100.