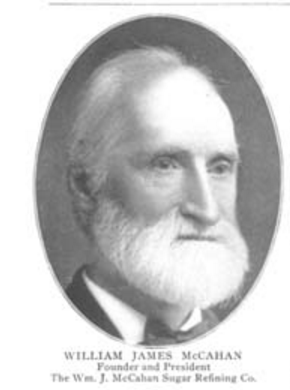 William was born in County Antrim in Northern Ireland to John and Peggy (Taggart) McCaughan, the youngest of seven children. He was a descendent of distinguished Scottish ancestors who settled in the Ulster Plantation in the sixteenth century. At the time of his death a contemporary biographer wrote that his life was a brilliant career of accomplishment in American history.

After obtaining the best education possible in Antrim he was employed as a superintendent on his father’s farm. At the age of 19 he began to realize that with his ambition a better opportunity probably existed across the Atlantic in the United States. He immigrated to Philadelphia in 1851 and soon changed his name to McCahan.

William set up shop as a cabinet maker and then established himself as a senior partner in a furniture business named McCahan and Cooper. In 1866 he formed a partnership with Jonathan McCahan (no relation) and Thomas Cooper under the name of W. J. McCahan  as a wholesale grocer.

In 1872 he purchased a building along the Delaware River waterfront equipped with 3 piers (numbers 67, 68, and 69) that was owned by John T. Bailey and Co. that manufactured bags, rope, and twine. William’s objective was to enter the  sugar refining industry. This would ultimately be his life’s work and make him into an important and wealthy man. 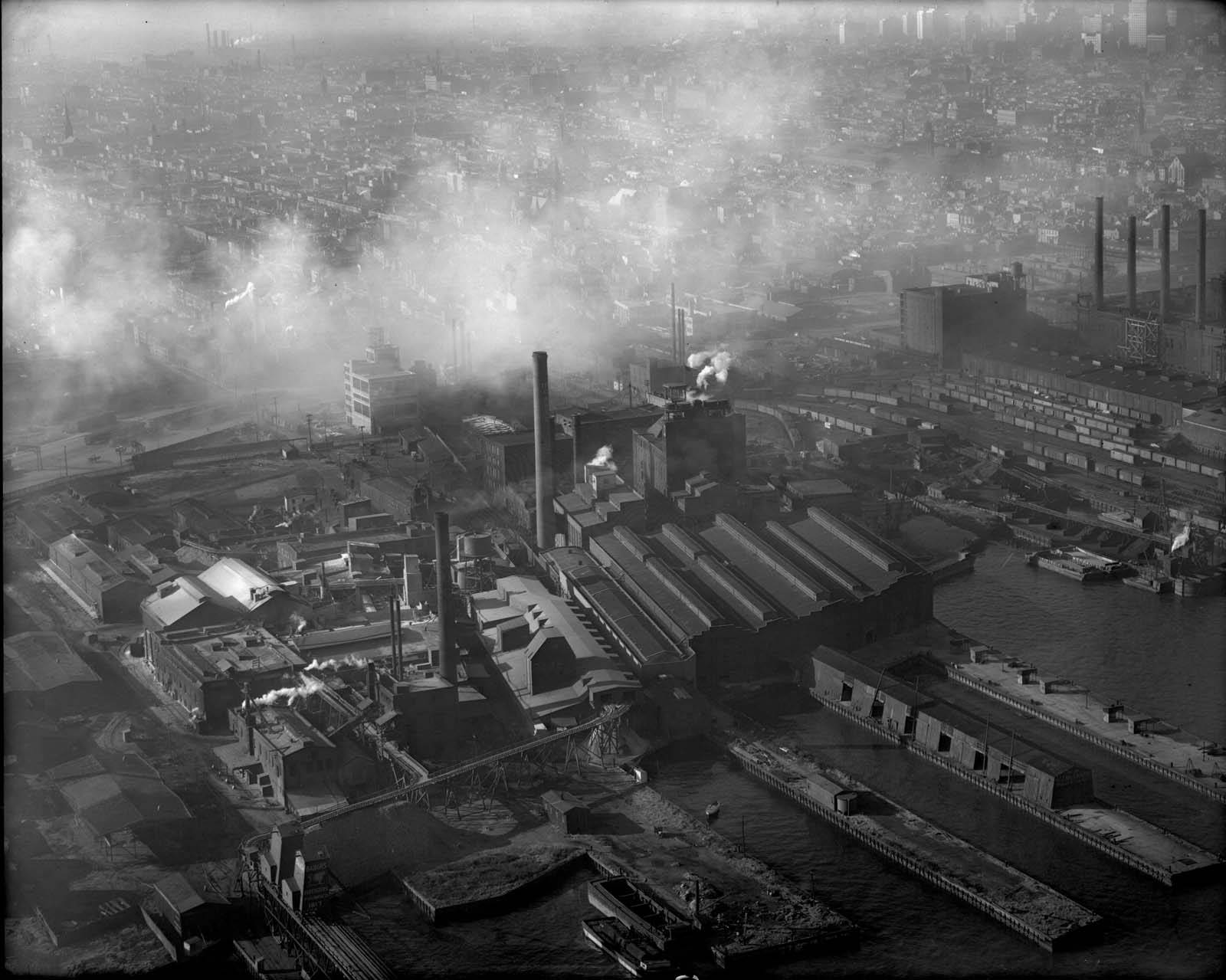 Sugar was made in a series of steps that were often done by individual companies who then sold their product to a company up the manufacturing chain. The steps were: (1) growing and harvesting the sugar cane, (2) processing the cane by cutting and pressing the liquid into raw sugar, (3) processing the molasses into low grade sugar, and (4) refining the sugar. William would be entering the process at step 3.

In 1893 his facility was upgraded to process all the steps in the refining of sugar except the growing and harvesting of the cane, and even that step was supplied through a close commercial relationship with a Cuban company, Francisco Sugar Co. William also incorporated the original wholesale grocery division into the sugar company, thus making the company into a fully integrated enterprise. Most of the supplies and raw materials were shipped in and finished products were shipped out to customers all over the U.S. east of the Missouri River from the piers on the Delaware River. The number of employees grew from 40 to 400, and W. J. McCahan & Co. became a nationwide competitor.

The plant was located on Columbus Blvd. near Tasker St. where a Walmart Supercenter is now located. The deteriorating remnants of the 3 piers can still be seen protruding into the Delaware River. 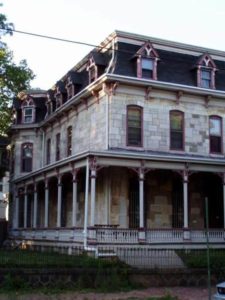 In 1877 the McCahans purchased a home at 3419 Baring Street in the Powelton section of West Philadelphia. At that time Powelton was a very wealthy neighborhood of doctors, attorneys, judges, politicians, and businessmen. The house today looks much like it did 140 years ago. The family remained in the house until 1920, two years after William’s death

William was a member of the Powelton Club, a neighborhood social organization of about 100 prominent businessmen that met in the 1890s.

William died on March 9, 1918 and is interred in Mt Moriah in section 001, lot 9, near the gate house. A tall grave marker in the shape of a woman marks his grave. In the same lot are his two wives, Sarah and Lizzy and some of their children. 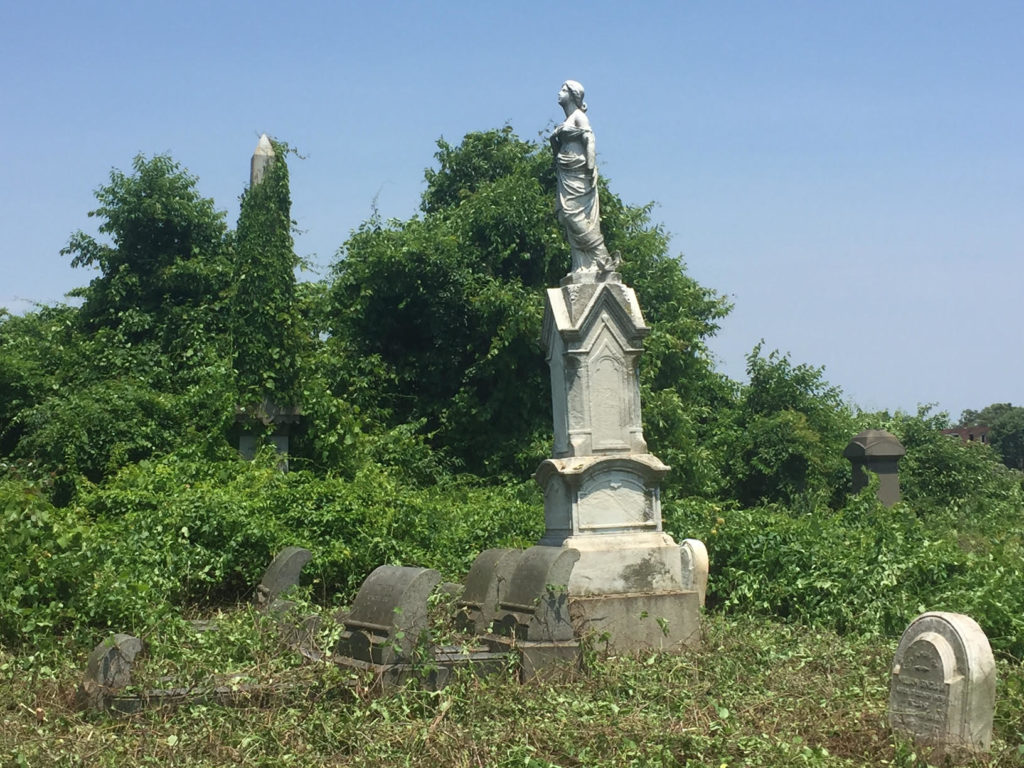