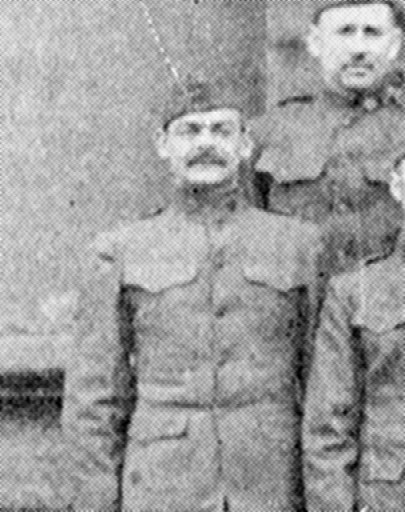 William James Graham was born on November 30, 1878 in Philadelphia, Pennsylvania to William and Margaret (McAvoy) Graham. He was the youngest of six siblings (two boys and four girls).  Sometime in 1881, while still a toddler, his mother died prematurely at age thirty-two of what would appear to be an illness or accident. His father also died within a year or so of his mother leaving young William an orphan at an early age. He was raised with his sisters and brother by his Irish-born maternal grandmother McAvoy. As with many in the working class of his generation, Graham’s formal education ended after the 8th grade. In the 1900 census, the 21 year old William was documented as living with his four sisters and grandmother and listed as a “laborer” under “occupation”. Shortly after 1900, William must have taken up as a Philadelphia policeman and was married to Rebecca (Stephen). The first daughter of what would be seven children with Rebecca arrived in 1903 with their last together (a son) in 1916.  The 1910 census confirms that William was employed by the Philadelphia City Police Department which was to be his lifelong career interrupted only by the World War.

Perhaps his home life was somehow lacking or that he was swept up with the general “war fever” of 1917, but William J. Graham enlisted as a volunteer on July 30, 1917 according to Pennsylvania National Guard records. His physical description being “38 years and 8 months old, 5’ 10-1/2” in height, dark complexion, brown eyes, and black hair”.  Whatever his motivation for enlistment was, it must have been extremely compelling to part with his home, large family, and job. At nearly 39 years of age upon enlistment, he was significantly more mature than the typical enlistee, regular, or drafted man of World War I whose average age was somewhere in the mid-twenties. In August of 1917, the Pennsylvania National Guard was nationalized as the twenty-eighth U.S. Infantry Division. They organized and trained at Camp Hancock, Georgia from August 1917 through April 1918. Private Graham likely left for France with the 28th Division in May of 1918 arriving in early June of that year. Due to loss of military records in the National Personnel Records Center in a disastrous fire in 1973, it is difficult to confirm specific details of William Graham’s service record. However, unconfirmed statements from a genealogical website imply that he was honorably discharged from military service on September 15, 1919 at the rank of Sergeant.

After the war, William resumed his career as a mounted Philadelphia policeman with the department of Public Safety (where he remained until his retirement in the late 1930’s). The long separation in France during the war may have taken its toll as his marriage to Rebecca ended in divorce in 1920. He remarried in 1922 to Florence (Mauk Cromley). There were five additional children from that union (four girls and one boy) with the last birth (a daughter) occurring in 1933 when William was fifty-four years of age. William J. Graham died in Franklinville, New Jersey on December 22, 1940 at age sixty-two just 22 years after living through and documenting his great overseas adventure. According to the death certificate, cause of death was from complications stemming from a head injury. Family oral history has it that the injury was the result of being assaulted and robbed on his way home after winning a sizable amount of cash from gambling (allegedly cock fighting). His remains are buried on the grounds of the historic and, until recently, long-neglected Mount Moriah cemetery in southwest Philadelphia. 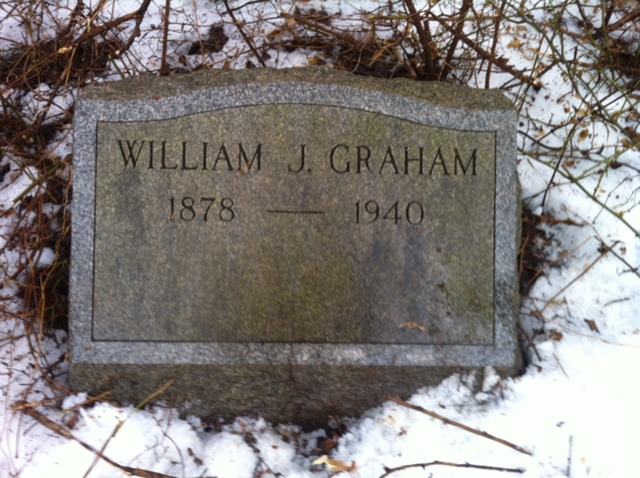