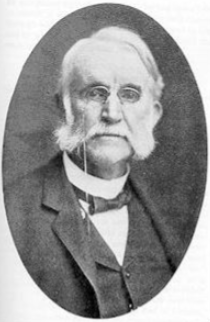 The son of a German immigrant, William was eight years old when he be­gan sing­ing in a Ger­man church in his hometown of Bal­ti­more. He also stu­died pi­a­no and or­gan as a child but began his career by moving to Philadelphia and learning the trade of book­bind­ing at the publishing firm of J. B. Lip­pin­cott & Co.

William married Mary Ann Willing in 1856 and spent his ev­en­ings stu­dy­ing and prac­tic­ing mu­sic. He found an outlet for his talent in 1858 when he became Professor Mu­sic at Gi­rard Col­lege, a boarding school for orphan boys. 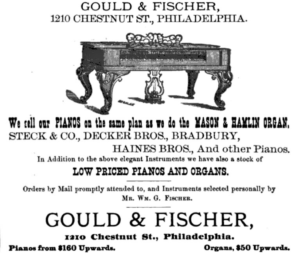 While there, he start­ed a pi­a­no bu­si­ness with partner John Gould, and it became one of the most pros­per­ous pi­a­no hous­es in the count­ry, to the point where he left teaching in 1868.

The Fischers added three sons and two daughters to their family between 1864 and 1876. They were active members at Christ Methodist Episcopal Church, not far from their home at 209 North 36th Street. He was active not only as a music teacher and choir director but as a composer, writing some 200 Sunday school and gospel songs.

At some point a poem by Katherine Hankey came to his attention, and he set certain verses to music to become “I Love to Tell the Story.” Combining his past experience in printing, he got it published in “Joyful Hymns” by the Methodist Episcopal Book Room in 1869. From there, the song started appearing in other publications such as “Gospel Hymns and Sacred Songs” in 1875, edited by the popular and prolific hymn writers Philip Bliss and Ira Sankey. Not coincidentally, William conducted a 1,000-voice choir for revival services in the city which were held later that year, conducted by the famous evangelist Dwight 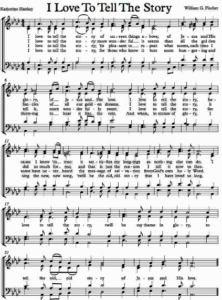 It was that same year that William became sole proprietor of the music store after his partner died. When he retired in 1898, his son Charles took over the business. 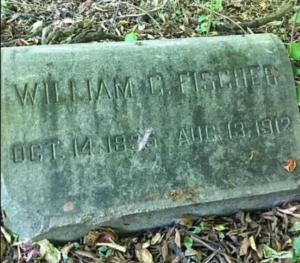