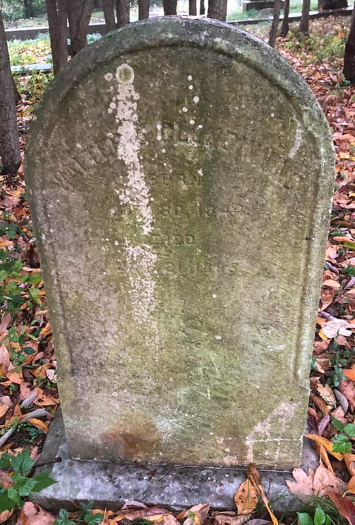 Walter’s father, Robert, built a successful career working with organizations similar to banks, known as building associations, and also the Mantua Saving Fund, which later was known as the Third National Bank. In 1860, two of the seven sons had died in infancy, and one, Robert Jr. was already a stock broker. When Walter was about 17 he set aside whatever his career interests may have been, deciding to first do his part in the Civil War.

He was “mustered in” with the 15th Pennsylvania Cavalry, an independent unit reporting directly to the headquarters of the Army of the Cumberland, performing escort and courier services, scouting duty, and other details for the commanding general. But disorganization caused a mutiny, and other difficulties followed, including winter conditions that were harsh on the regiment’s horses.

Coincidentally, Walter’s outfit camped in the Wauhatchie valley beside Chattanooga, Tennessee in late 1864. This was exactly two years after the Battle of Wauhatchie where his brother James was shot and killed. Whether Walter was there is unknown because he was transferred to the Veteran Reserve Corps on doctor’s orders, but no date was given. VRC soldiers did light-duty work as guards, cooks, or clerks, freeing others for field duty. Walter was discharged on June 30, 1865.

The 1870 census shows Walter had returned to the home where he grew up at 3405 Baring Avenue and was a railroad clerk. His mother, Elizabeth, died in 1872, he got married a few years later, and moved about four blocks

away. He entered into a partnership called “Glendinning & Truitt,” manufacturers of whips, but that venture failed after a couple of years, and he and his wife moved in with his father. Their only child, Walter Deener Glendinning was born in November, 1877, then Robert Sr. died four months later.

Walter ended up working as a clerk at his brother’s brokerage firm. It must have been a humbling experience compared to the enormous fortune Robert Jr. had accumulated. Walter left no estate when he died in 1885, while his brother’s was appraised at $620,000 after his death eight years later. The great equalizer is that neither took anything with them. Walter joined his brothers, Charles, James, and William in the family plot on St. John’s Circle, along with their parents.