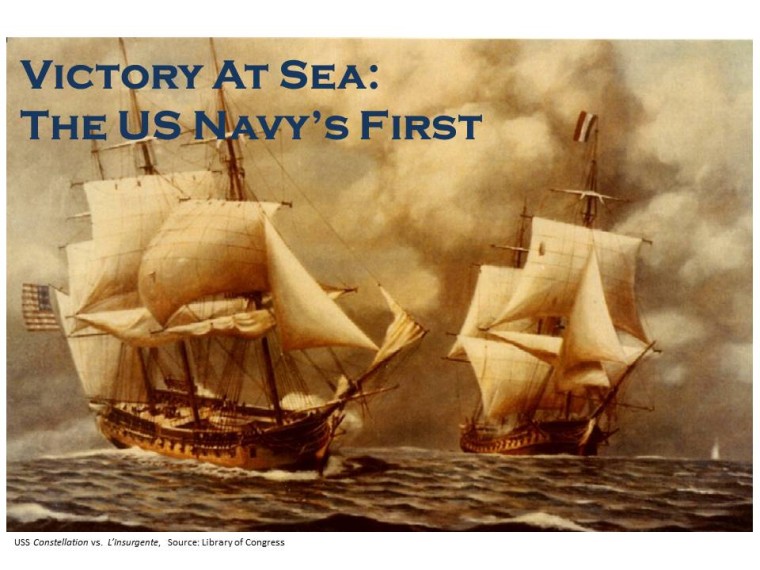 Jerimiah Miller was born in Kennebunk, York County, Maine on March 27, 1764.  At the age of 11, Miller went to sea as Cabin Boy aboard the merchant brig Enterprize sailing to the West Indies.

In 1798, after many voyages as a merchant seaman, Miller joined the United States Navy, shipping aboard the 38 gun frigate USS Constellation.  In February 1799, on its first cruise, the Constellation, commanded by Captain Thomas Truxtun, sailed into the Caribbean Sea with orders to attack French privateers then harassing American merchant shipping in the undeclared Quasi War.

Years later, while a resident of the Naval Asylum, Jeremiah Miller described to a biographer the Constellation’s baptism of fire, the first US Navy victory against a foreign naval vessel in ship-to-ship combat.   The battle took place off Nevis Island in the Caribbean Sea on February 9, 1799.  Miller’s vantage point was the Constellation’s Main Top, above the deck, where he helped rig the sails.

“After cruising sometime we made a large sail, and as we neared, she had hoisted her flag.  We then threw out the private signal, and she not answering it, cleared ship for action.  She then hauled down our flag, and run up the French, and as soon as we saw the first flutter of her flag we all felt like new men, as we knew we should have a fight sure.  We stood along within good hailing distance, and hailed her several times.  We received a few shot in answer, we speaking that language replied at once, and then went fairly into it, broadside for broadside.”

The Constellation chased the 40 gun French frigate L’Insurgente through a storm.  After receiving several raking broadsides from the Constellation, the French captain finally struck his colors and surrendered his ship.  The battle lasted an hour and fourteen minutes.

Later during the Quasi War, Miller served as Boatswain aboard the USS Enterprise under Captain John Shaw. The Enterprise captured eight French privateers, including the L’Seine and the L’Flambeaux, and freed eleven US merchant ships in the West Indies.

During the War of 1812, Miller was imprisoned at England’s notorious Dartmoor Prison for refusing to fight against his own country after being forcibly impressed into the British Navy.

After the war, Miller served on the USS Guerriere under Captain McDonough and was Boatswain’s Mate and Captain of the Forecastle under Commodore Stewart aboard the USS Franklin.  He also served on the USS North Carolina, USS Fairfield, and USS Natchez.

According to his obituary, as a beneficiary at the Naval Asylum, “Jeremiah was known to all visitors, and was noted for several eccentricities, one was his fondness for decorating his person with various colored ribbons; but his most singular idea was that he would never die, asserting that he had been dead for forty days, was raised from the dead, and would never die again.  But the sentence passed upon Adam has been executed, and the old tree has fallen.” 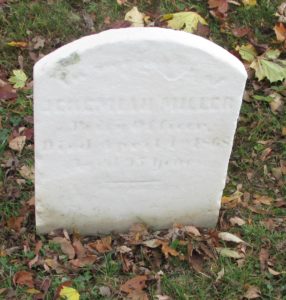