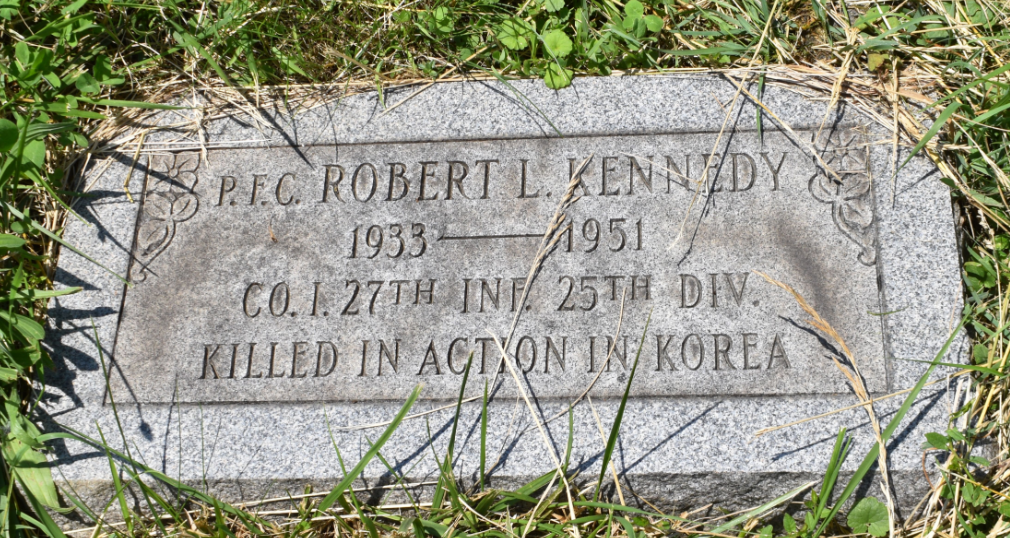 Robert was born just to the west of Philadelphia in Delaware County on March 23, 1933. His mother was 19 at the time, and his father was 23, a drill press operator who worked with thousands of others at the big General Electric plant in southwest Philly.

He had a younger sister, and they attended Prospect Park High School. After the end of his junior year, at age 17, Robert enlisted in the Army on July 12, 1950. He probably knew that his grandfather, Lawrence Elmer Kennedy Sr., was a Private in the Marine Corps from 1900-1905. His service in the Philippines was was considered part of the Spanish American War era.

After basic training Robert landed in Korea on September 18 with Company I of the 27th Infantry Regiment in the 25th Infantry Division. North Korea’s army had just invaded South Korea three months earlier, quickly occupying most of the country. Robert’s unit saw heavy action in driving them back north. The 27th was considered the “fire brigade” for the 25th Division, making first combat contact with enemy forces and pushing them back.

For more than a year, Robert exhibited grit and sacrifice where the rough terrain and weather extremes were as much an enemy as the Communists. He was killed in action on October 29, 1951, and was  posthumously awarded the third-highest military decoration for valor in combat, the Silver Star.