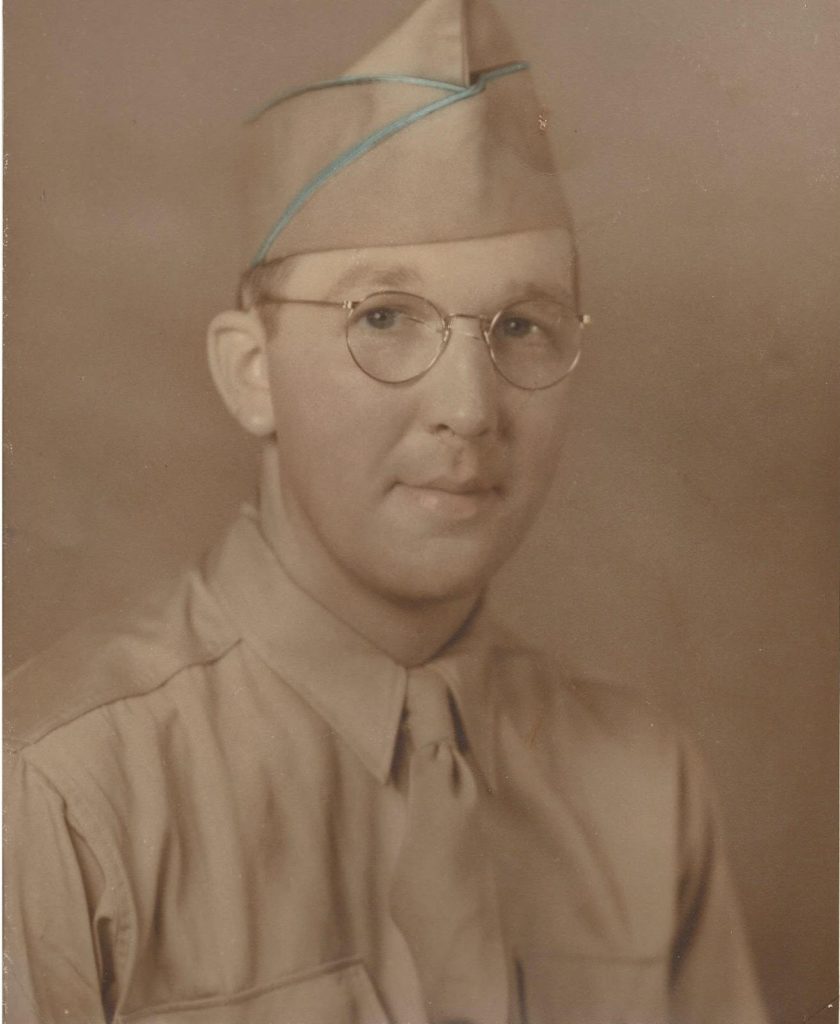 This typical American teenager came from a typical American family, with two parents, a brother and a sister. His grandparents were from Ireland, his father was a pipefitter at the Fels Naptha plant that was not far from here, 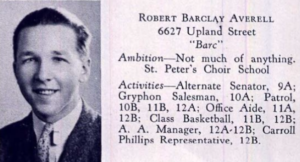 between Island Avenue and Cobbs Creek. He grew up in a typical Philly row house on 67th Street, graduated from West Philadelphia High School in 1934, married Helen Smink in 1938, had a baby in 1942 and went to war in 1944. Now here is the story of Private Robert Barclay Averell, in the words of his son, Robert Barclay Averell Jr.:

“My father was born in Philadelphia and lived within walking distance of Mount Moriah….  He probably played here as a young boy…. He worked for a bank in Philadelphia. I was less than two years old when he was drafted and sent to Macon, Georgia for basic infantry training. He and mom had just bought a home on McDade Boulevard in Milmont Park [in Delaware County]. She actually traveled with me on a train to Macon so she could be with Dad on my second birthday in June 1944. 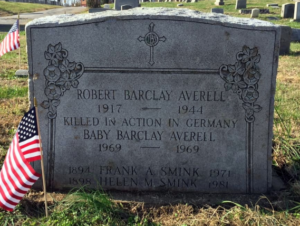 “After basic training he was sent to England in September 1944 to await deployment. He was killed in October during the Battle of the Hurtgen Forest [in Germany, just across the border from Belgium]. In three months of combat operations at least 33,000 soldiers were lost and the Army accomplished nothing. After my Dad’s death, my mother…moved in with her parents…[and] never remarried. She took care of me and the house while my grandparents worked.  My grandparents are buried in the same plot as my dad [and my infant son].”