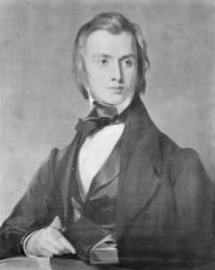 Thomas H. Stockton was born in Mt. Holly, New Jersey on June 4, 1808. He was the first of six children born to William Smith Stockton and Elizabeth Sophia Hewlings. William Stockton was an author, editor and publisher. He founded and edited The Wesleyan Repository, a periodical, as well as authoring many newspaper and magazine articles related to church government, reform, and philanthropy. He was a staunch advocate of the temperance movement, opposed slavery, and as superintendent of Philadelphia alms houses, he worked to abolish much of the inhumanity and abuses that were common to such places.

Thomas was raised in a refined Christian home, attending the best private schools. Although physically frail, intellectually he was strong and scholarly. At age 18, he lost his mother which, by all accounts, was a turning point in his life. Soon after her death he was admitted to membership in St. George’s Methodist Episcopal Church in Philadelphia. In later years, he would refer to his mother’s death as the most memorable event of his life. Thomas pursued a variety of occupations. He worked setting type in a printer’s office until his physical infirmity forced him to give it up. He then began studying medicine at Jefferson College, but soon abandoned that as well.

In May of 1829 Thomas preached his first sermon in rural Philadelphia. About this time, the Methodist Protestant Church was being organized in response to increasing dissatisfaction among Methodists with regard to church governance, the power of the clergy, and the exclusion of laymen in church councils. Since his father was an acting member, Thomas, as a young preacher, identified with the movement. Although he had no professional training, he had found his chosen path. After nearly ten years preaching on Maryland’s Eastern Shore and throughout the country to groups large and small, he returned to Philadelphia in 1838. Here, he organized the first Methodist Protestant church in the City. He remained in Philadelphia until moving to Ohio in 1847, back to Maryland in 1850 and then finally settling back in Philadelphia in 1856 where he remained until his death.

In addition to being considered one of the most eloquent preachers of the 19th century, Stockton was also a prolific writer, a poet and served as editor of Christian World, a Christian periodical for all denominations. He was anti- slavery, anti-sectarianism and a proponent of social reform. At age 25, he was elected Chaplain of the House of Representatives of the United States.  He would serve as chaplain again in 1835, 1859, 1861 and was chosen chaplain of the United States Senate in 1862. The chaplain’s duties included opening proceedings with a prayer, counseling the House community, scheduling guest chaplains and arranging memorial services for the House and it’s staff. Chaplains are also able to perform marriages and funeral services for House members. It was while serving in this capacity that Stockton was chosen to give the opening prayer at the dedication of the Soldier’s National Cemetery in Gettysburg, PA, on November 19, 1863. As part of the proceedings, he shared the stage with President Abraham Lincoln and witnessed firsthand the famous Gettysburg Address.

As his health deteriorated, Stockton continued to preach, often from a seated position in the pulpit. His waning physical strength did not affect his ability to reach his congregants with his passion and his words. It was said that he loved to be called “brother,” forsaking all other titles and honors.

In February 1828, Thomas married Anna Roe McCurdy and they had 11 children. The first, a daughter, was named for his beloved mother, Elizabeth Sophia. Anna remained Thomas’ devoted companion until her death in 1865. On the evening of October 9, 1868, in the company of three of his daughters and one son, Thomas died. His funeral was held at the Church of the New Testament at 11th and Wood Streets in Philadelphia on October 14 and he was laid to rest in Mt. Moriah Cemetery.

In a tribute by his friend and fellow pastor, Alexander Clark, Brother Stockton was remembered as “a burning and a shining light.” Clark also relayed that Henry Clay referred to Thomas as the most eloquent man in America and that President Lincoln said he had never heard such an utterance from mortal lips as Stockton’s prayer at the dedication of the soldiers’ cemetery at Gettysburg.

“The frail earthly tabernacle of Thomas H. Stockton rests beneath the falling willow-leaves in Mount Moriah. There the chill-damps of death gather over his brow. There his mortal body shall dissolve to its native dust.” – from “The Life, Character, and Work of Rev. Thomas H. Stockton”, Alexander Clark, Pastor, 1868