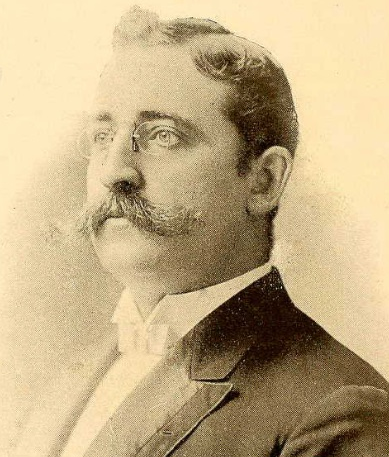 Fans of “Trivial Pursuit” could create an interesting game using details uncovered about Percival’s family. One reason would be the size of the family, since he had 11 siblings, and another would be the unique names they were given.

Their parents, Alexander and Mary named their first child Susan, and then it got interesting. There was Zenobia Barbara Loder and four boys: Theodore H. Loder, Achilles Lysander Loder, Constantine George Alexander Loder, and Percival E. Loder. The next three were girls: Mary Camilla Loder, Laura Correna Loder, and Hortentia Melitia Loder. They were followed by twin boys, Alcestes Grant Yoder and Numitor Sherman Yoder (taking their middle names from two military generals from the year they were born in 1865), followed by the youngest child, Agnes Ianthe Loder.

All twelve lived to adulthood which, in those days, was another unusual fact. Some were born near Allentown PA and some near Stroudsburg PA, where their father prospered as a retail merchant. When he and Mary moved the family to 517 South 8th Street in Philadelphia in the early 1870s, they still had five children under the age of 12 living with them. Alexander worked as a bookkeeper until he died in 1875. Three of their adult children were also living there, and that address was where Percival lived the rest of his life.

Moving to the city coincided with Percival choosing a career and studying for it at Jefferson Medical College. He 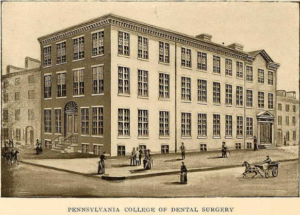 received his degree in medicine, and earned his D.D.S. from Pennsylvania College of Dental Surgery (PCDS). City directory listings show he changed his occupation from student in 1875 to physician the next year, establishing his dental practice at his home.

The University of Pennsylvania, rebuffed in its pursuit of a merger with PCDS, lured away four of their six professors in 1878, but the school hired others and bounced back. Percival himself became a professor of anatomy there in 1884, and continued in that role until his death in 1908. The school graduated a large number of women, as mentioned in the excerpt below from the 1904 college catalog, but it did ultimately fold its assets into Penn’s School of Medicine when it closed in 1909.

As his practice was getting off the ground, the young doctor wanted to find a church home and a wife. He joined First Presbyterian Church in 1877 and was a life-long member. Then he married Hanna Rose in 1880, who gave birth later that year to the first of three daughters. The first died just before Christmas, 1885, and the second died just 32 days after that, at the age of five months. The third was born in February, 1888, but Hannah died a month later and the baby died that July. In just eight years Percival had a wife and three daughters and lost them all before he turned 35 years old.

Fortunately, his widowed mother lived in the same home, as did four siblings at various times over the next 20 years. In the midst of the tragedies he dealt with at home, he plunged deeper into his work. The same year he began teaching at the college, Percival also took on the role of “police surgeon,” a forerunner of today’s Medical Examiner position in the police department. As such, he was called on to give testimony in some high-profile cases of the day. 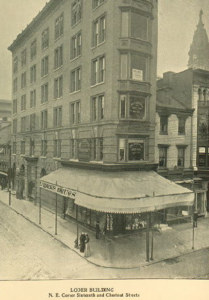 Percival’s six sisters didn’t figure as prominently in his life as his brothers. One of the brothers was a pharmacist, one a minister, two becoming physicians, and another partnering with him in a business venture. Constantine established a drug store in the 1500 block of Chestnut Street in 1880, built “the Loder Building” there in 1899, and became a champion in fighting “Big Pharma.” His newspaper obituary said, “When what was later termed a drug trust was formed, Mr. Loder urged the government to institute suit against the alleged combination on the ground that it was in violation of the Sherman Anti-Trust Act. He then began suit as an individual. After evidence he collected had been introduced, the government took action against the combination, which dissolved.”

One of the twin brothers, Sherman, studied medicine, possibly at Jefferson, and lived at the Loder home. In 1891 he hung out his own shingle as a doctor on 10th Street but died the next year at age 26. His twin, Grant, took another path, having an interest in theology. He graduated from Muhlenberg College, a Lutheran school in Allentown, in 1886. He returned to live at the Loder home, being listed in the directories as “Rev. A. Grant Loder” but there was nothing to indicate a church affiliation.

It may have been his brother’s death in 1892 that prompted him to switch to medicine, graduating from Penn’s medical school in 1897. He married in 1900 and supplemented his medical practice by being an “Auxiliary Instructor” in Anatomy at PCDS. His photo here came from their 1904 college catalog.

One of Percival’s older brothers might have influenced Grant in religious matters, since his life’s calling was as a minister. Rev. A. L. Loder graduated from Princeton and its seminary. He pastored at a few churches in Massachusetts, Vermont, and Pennsylvania, but never stayed anywhere for more than 5 years, then lived in Florida, Indiana, California and North Carolina and elsewhere before his death in Michigan.

In addition to income streams from his practice, his professorship, and his police work, Percival was an entrepreneur, along with brother Theodore. From 1885-1891 the city directories listed Percival’s name beside “Loder and Company, Laces” at 1023 Market Street, and Theodore is listed as the manager at that address. Percival later sold or gave away his share to Theodore’s wife, Emma, who renamed it “E.B. Loder & Co.”

He must have been an astute investor, as well. At the time of his death, his estate included a large stock portfolio and was valued at $110,000, or more than $3.5 million in 2023 dollars. Nine of his eleven siblings were still alive when he died, but most of his assets went to two of his sisters, Zenobia and Agnes. A fitting obituary is included here, from the fraternity at PCDS. 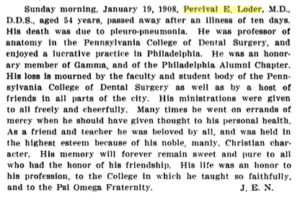 Percival’s grave marker at Mount Moriah is in Section 34, 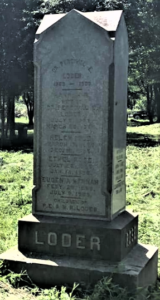 Lot 98, where he buried his wife, Hannah Rose Loder, and their three daughters. No others from Percival’s large family are at Mount Moriah. Three of his siblings are at Woodlands Cemetery in Philadelphia and two others, along with his parents, are in Allentown PA. Another side of the Loder monument lists members of his wife’s family that are buried there because he graciously provided the space.