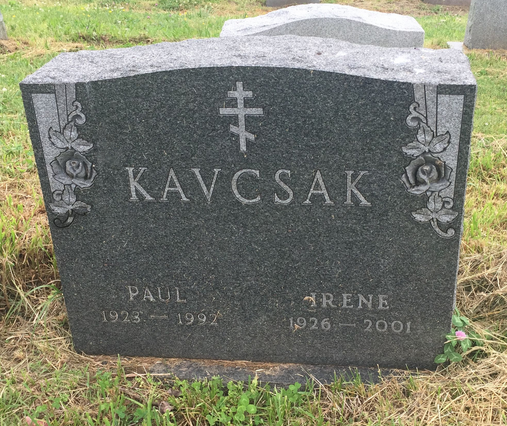 Paul was the last of nine children, born June 12, 1923 to immigrants from what was then called Austria-Hungary. They married in 1902, shortly after their arrival, and were part of a wave of Eastern European immigration that crested just before World War I.

His father anglicized his name from Mickial Kavcsak to Michael, but on some records his surname became Kavchok, Kavchak, or Kovcsok, although it was always pronounced the same way. No one variation was preferred by all the children, so the different spellings have passed through the generations.

For at least a half-century, Michael and wife Julia made their home at 2813 Winton Street in the far southwest corner of the Point Breeze section, a neighborhood almost entirely populated by Slovaks and other eastern European ethnic groups. In the heart of that neighborhood, at 28th and Snyder Ave, rose up The Assumption of the Holy Virgin Russian Orthodox Church. Michael was a founding member and secretary of the first parish council in 1913, and the church still serves the community today. 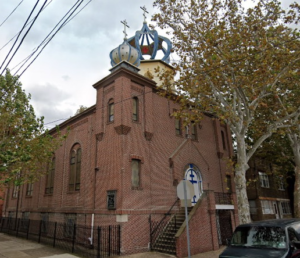 The 1930 census shows almost everyone on Winton and Cantrell Streets had parents born in either Czechoslovakia or Lithuania. Most of the occupations listed were oil and gas workers since they lived within walking distance of Atlantic Refining Company on the Schuylkill River. Michael found work as a boilermaker at the nearby Philadelphia Gas Works.

After graduation from South Philadelphia High School in 1941, Paul registered for the draft on June 30, 1942. At the time he was working at Philadelphia Ordnance Distributors, so he was familiar with military supplies and weaponry. His number came up early the next year, entering the Army in March of 1943.

He became a sergeant with the 446th Replacement Company of the 85th Replacement Battalion. He was overseas from November, of 1943 until the end of 1945. Exactly what he did is unknown but, at his rank, Paul most likely was in a supporting role at a replacement depot, called a “repple-depple” by the GIs. They were located near the battle fronts, so that individual soldiers could be promptly assigned to companies and battalions to replace the men lost.

Like his brother Joseph who also served, Paul was home for Christmas in 1945 and it wasn’t long before he began married life. His wedding with Irene Spack was in 1947, and their daughter Irene Paula Kavscak arrived in 1948 after they moved a few blocks away to Ringgold Street. Other jobs and children and a move to the suburbs followed as life went on. He died on March 30, 1992, at home in Swarthmore in Delaware County, at the age of 68. As with Joseph, Paul and his wife were buried in Section D, Range 8, Lot 6.

There were two other brothers that also served their country but are not buried here. George Kavchak was in the Navy from 1934-1938. Peter Kavchok was the brother born midway between Joseph and Paul, and he was overseas from June, 1945 to January, 1946.