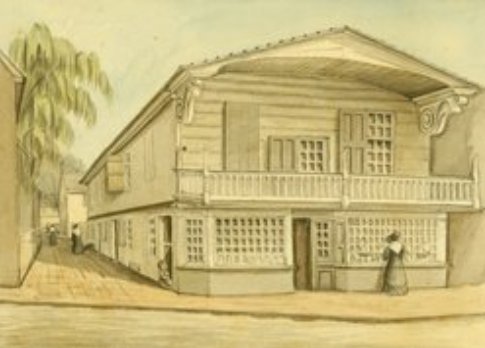 Benjamin Loxley was a witness to the American Revolution as well as an important participant in the new government, conceived and created by the Founders.

Benjamin Loxley was born in Wakefield, England (near Yorkshire) to Benjamin Loxley and Elizabeth (nee Pullen). When he was 14 he emigrated to Pennsylvania to live with a maternal uncle on a farm in Darby, PA He worked there as a farmhand for two years. His uncle then indentured him to Joseph Watkins to learn the carpentry and cabinet making trades. He was freed of the commitment to Watkins in 1742 when he was 22.

He then formed a partnership with another carpenter (William Henderson) and the business was very successful. They built houses that were much in demand in the new bustling city of Philadelphia. Loxley became very wealthy through the business as well as an inheritance.

He started to associate with other businessmen as well as with men who eventually became the power brokers who would form the new state and federal governments. Loxley was transitioning from a businessman to a patriot.

One of the first projects was the building of Carpenters Hall. Loxley was a leader of the Carpenters Company which was a union-like guild supporting the building trades. In 1768, he, along with Joseph Fox, Robert Smith, and Thomas Newell purchased a lot on Chestnut Street and started to build Carpenters Hall. The Hall when completed served many functions over time, including a library company formed by Ben Franklin, several banks, and many meetings by various organizations both political and commercial.

During Colonial America all able bodied men of certain ages were members of the militia. Individual towns formed local independent militias for their own defense. Around 1740, Loxley was about the age he would be learning about cannons and fire arms. Around 1748 the Colonials started forming units they called Military Associations. These were more skilled and trained, and sometimes joined with the British forces on missions. Two such mission were: (1) The French and Indian War in 1755 and (2) the Battle of Cartegena in 1740 in the Caribbean. For example there were 800 Pennsylvanians at Cartagena. This relationship between the Colonials and the British ended with the Lexington and Concord Battle in 1775.

The Revolutionary War was on and Loxley was appointed Captain of 1st Company in the 4th Foot Artillery Battalion. He was in charge of 175 men.

He knew laboratory work, artillery duty, and military stores. He had contacts with former British storekeepers and was able to obtain ammunition and cannon for the new nation despite being an enemy of the British. He built several forts along the Delaware River as defenses against enemy ships sailing to Philadelphia.

In July, 1776 Loxley led his company in boats down the Delaware River to an engagement with British gunboats at the Battle of Red Bank. A few weeks later he marched them to Amboy, New Jersey (a distance of about 80 miles) to prevent the British  army from crossing from Staten Island.

Loxley married the sister of Joseph Watkins (the man who taught him cabinet making) in 1742. She died in 1760 and he married Catherine Cox from Upper Freehold, New Jersey in 1761. They had 12 children, five of which lived to adulthood.

In the 1740s Loxley built ten, 2-story houses together in center city. That area today is called Loxley Court. The complex is entered by walking north through an iron gate at Arch Street between addresses 321 and 323 and Arch. Loxley lived in number 2 and his front door key was the key used by Franklin for his famous lightning/electricity experiment. 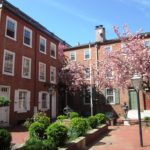 Around 1770 Loxley built ten 2 story houses now know as Loxley Court. The complex is entered by walking north through an iron gate at 3rd & Arch Streets. 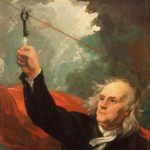 Loxley was a member of these Philadelphia organizations:

**Members of this Society included these distinguished men: