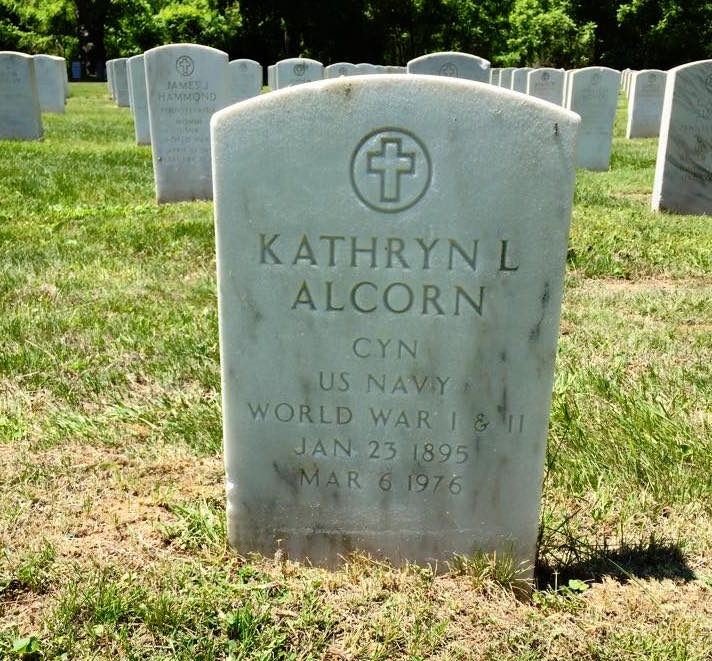 March is Women’s History Month. In March, 2016 we wish to celebrate the life of one of our own—Kathryn Lufkin Alcorn—who was part of an historic change to the U.S. Armed Services during WWI. This change, 99 years ago in 1917, resulted in the enlistment of women into the military services who were not nurses.

As the U.S. Navy was marshalling its fleet for the war it found it was having trouble finding enough sailors. In March, 1917 as the U.S. was reaching the final decision to enter the war, the Navy’s need for clerical assistance was far greater than had been anticipated. In order to solve this problem the Secretary of the Navy studied the terms of the recently passed Naval Reserve Act of 1916 carefully. He discovered that the act did not state a specific gender requirement for yeomen (enlisted personnel who fulfill administrative and clerical duties). So, on March 19th the Navy Department authorized enrollment in the Naval Reserve of women with ratings of yeomen, radio electricians, or other essential ratings. This action resulted in the first enlistment of women in all of the U.S. Armed Forces who were not nurses. It was an historic event. It would change the make-up of the U.S. Armed forced forever.

The first woman to enlist was Loretta Perfectus Walsh who joined on March 17, 1917.  A mere 35 days later on April 23 our own Katie enlisted. By the end of April, 600 had signed up. The Navy would subsequently enlist 11,200 more.

Most of the Yeoman (F) (The F in parenthesis denotes the sailor is a female) performed clerical duties such as typing, stenography, bookkeeping, accounting, telephone operations, and inventory control, but others were assigned as radio operators, draftsmen, photographers, telegraphers, chemists, and finger printers. They were assigned to stations throughout the U. S. as well as naval stations in England, France, Puerto Rico, Canal Zone, Guam, and Hawaii. Katie was assigned to the Philadelphia Navy Yard as a stenographer and clerk.

Because of the speed of events at the time (President Wilson went before Congress on April 2 to ask for a Declaration of War which Congress approved on April 6) the organization of the new yeoman groups was somewhat chaotic. Accommodations or living spaces were very uncertain. There were no barracks at first and the women had to find their own places to live near their stations.

They also had no specific uniforms.  It wasn’t until June 18th that bids for the new uniforms were sent out to potential contractors.

WWI ended with the Armistice in November, 1918, and while the yeoman (F) had signed up for a four year obligation they were sent home with Honorable Discharges as soon as their specific duties were finished. They also obtained full veterans benefits and military preference to obtain civil service rating for jobs in the federal government.

Katie, following her discharge from the service on September 4, 1919, lived with her mother and sister Mary at 4203 Ninth Street in Philadelphia. She worked as a stenographer at the Navy Yard.

In 1929 she married Charles A. Alcorn and had a son, Charles, Jr, born in 1932. She worked as a stenographer, and her husband was a clerk for the railroad. They lived at 3303 Tilden Street in the Roxboro section of the city.

Her grave marker shows that she also served during the Second World War as a Communication Yeoman (CYN). 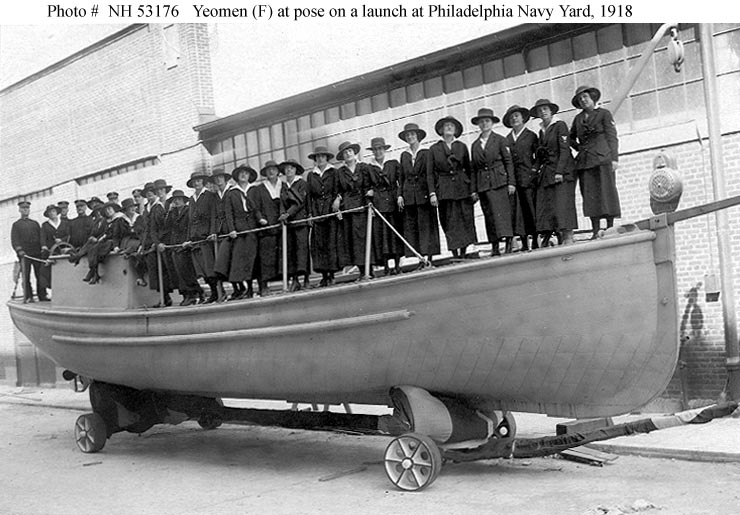