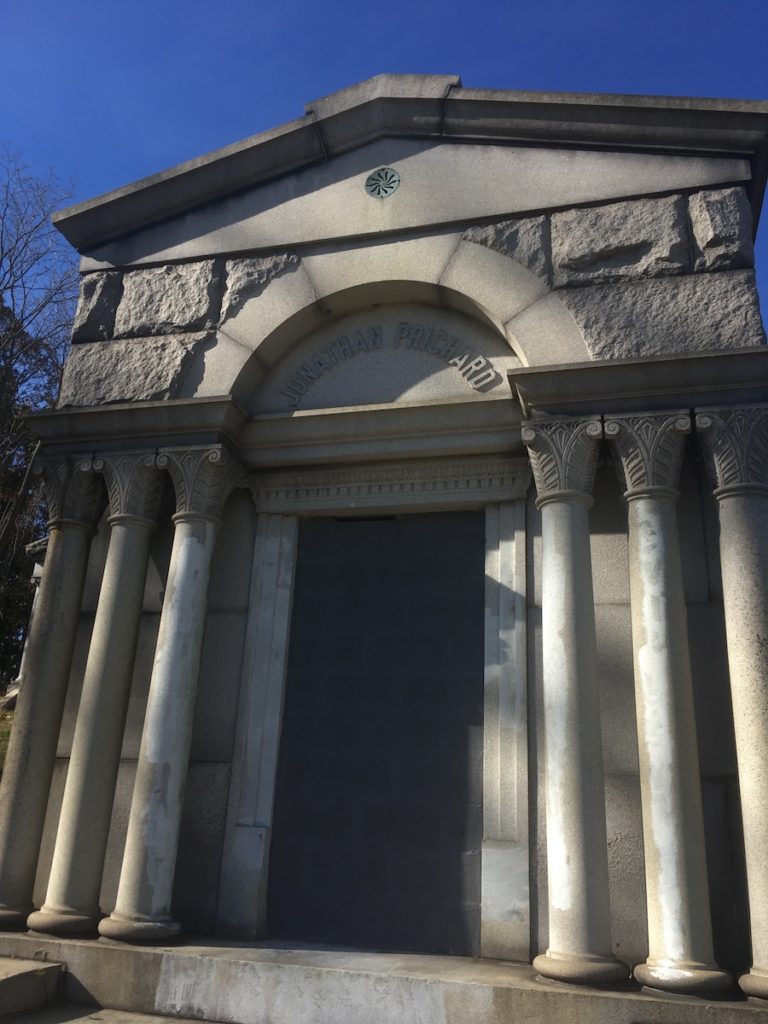 In fall 2017 a group of Haverford College students completed a project to research a number of the burials in Mausoleum Hill on the Yeadon side of the cemetery. These profiles will be presented in our Notable Burials section.

Jonathan Prichard was born on October 10th, 1827 in Bleary Down, Northern Ireland to parents Sarah Eleanor Black and William Prichard. On the family’s ship voyage to the United States in 1853, his father William died and was buried at sea, leaving his mother Sarah to raise him. He was naturalized as a US citizen on November 5th, 1860 while he was working as a liquor dealer. He married Jane Chapman on March 8th, 1866, and had his first daughter, Ella Black on January 24th, 1867. At that time, he and his family lived at 1818 or 1820 Fitzwater Park, Philadelphia. In 1868, his first son William Thomas Millis was born and four years later his second daughter Sarah Elizabeth. His second son, Jonathan Gilbert was born in 1873. His fifth born, Jane Chapman was born in 1876, but died a year later in 1877. His daughter Mary Lillian was born in the same year they moved to 1826 Dickinson Street, Philadelphia in 1878.

In 1880, Prichard became a wholesale grocer and had his seventh and last child, Anna Louise two years later. In 1885, the family moved to S 24th Street Philadelphia.  Anna Louise died in 1899 at the age of 17. A year later, the Prichards moved to 2400 Passyunk Ave, Philadelphia Ward 36. Jonathan Prichard began work on the Jonathan Prichard Memorial Lutheran Church at 6301 Elmwood in Philadelphia, completing it in 1908. His son-in-law Reverend William J. Heintz was the church’s minister and there was an oil painting of Jonathan Prichard in the church’s vestibule. The church is now called the International City Community Church. Prichard died on March 22, 1915 of edema of the lungs or pneumonia. He left his daughter Mary Lillian Prichard his property and also included a section of his will that would give his grandsons money and an allowance if they became ministers. 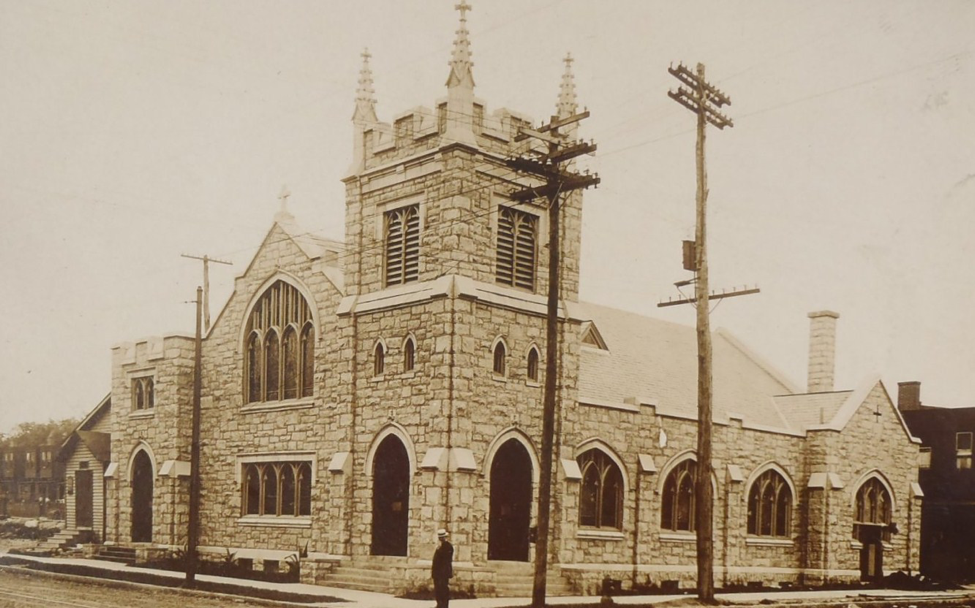