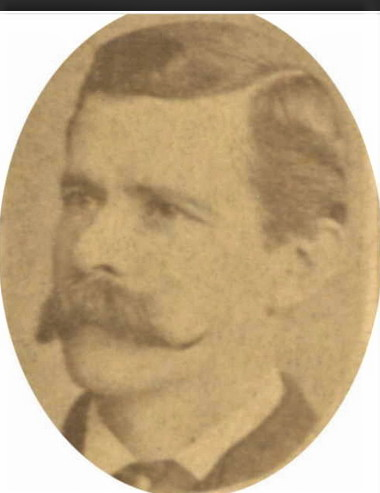 John’s first name was in honor of his great-great grandfather, John K. Potts, and his middle name is his mother’s maiden name. Although he was born in the central Virginia town of  New Canton, the family’s roots ran deep in Chester and Montgomery Counties in Pennsylvania.

The town’s namesake gained great wealth from operating iron mines, furnaces, and forges, as did his children, in Pennsylvania and other states. (To clarify, another forge owner named John Pott, of no relation, founded the city of Pottsville in 1806, which became the county seat of Schuylkill County.)

Thomas was operating a family-owned mine in Virginia when John was born. That venture didn’t succeed, so Thomas brought his family back to Chester County, where John’s uncle, David Potts Jr., operated the Warwick Furnace & Farm. He made his brother an assistant manager. In 1849 the furnace produced 1100 tons of iron ore, one of the largest in the state. John attended Pottstown and Pottsville Academies, and in the 1860 census he was an assistant clerk, presumably at the Furnace. His family lived next door to his uncle, who reported owning real estate worth $155,000 and a personal estate worth $130,000 (close to $5 million in 2023).

The call to arms in April, 1861 was answered by both John and his older brother, David III, two of seven nephews of David Jr. who served in the Civil War. John’s initial term was from April-July, 1861 in Company B, 4th Pennsylvania Infantry, then with the 53rd Infantry from September 1861-July 1863. He was wounded at both Antietam and Fredericksburg in 1862, including a shot to the chest, and was promoted to Second Lieutenant.

Discharged on July 31, 1863 because of his injuries, he volunteered to return in August in Company K of the 3rd Regiment of the Veteran Reserve Corps. This unit was created to allow partially disabled soldiers or former soldiers to perform light duty, freeing able-bodied soldiers to serve on the front lines. John was promoted to Captain of Military Police in the District of Columbia until his discharge on July 18, 1865.

On May 24 of that year he married a 21-year-old Chester County girl named Martha Jones. They had no children and Martha died of tuberculosis after just eight years of marriage. John buried her here in the circle of St. John on October 12, 1873. 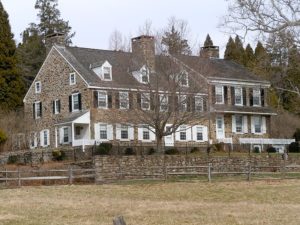 Post-war life meant a return to rural Warwick Township, where his father managed the farm until he died in 1876. John then took over the farm and lived with his mother, sister and two nephews, listed on the 1880 census as farm laborers. The Warwick Furnace had been shuttered by 1867, unable to compete with newer operations. Just like his uncle David, John also devoted himself to community service. His uncle had been a state Assemblyman and member of Congress; John became Chester County Treasurer in the late 1860s and served two terms in the state House of Representatives, from 1880-1884.

By 1890 John must have sold the farm (which is run today as a commercial lavender farm) and moved to Philadelphia, where he met and married Ada Grace Thompson in 1891. He again went into government work, this time for the Treasury Department as an assistant bookkeeper at the U.S. Mint. He remained there through the first decade of the 20th century and they listed servants living with them in both the 1900 and 1910 census at 142 N 21st Street, a few doors south of the Franklin Institute.

His sister Mary, who never married, lived with them briefly before she died in 1915 at age 78. John became a widow

again in 1919 when Ada died and was buried with her parents near Media in Delaware County. His brother Tom and his wife and daughter moved in with him to care for him in his last years. After his death, John’s name was

added to his first wife’s monument, depicting a tree stump with a cross and an anchor. But after living with wealth, success, and public service, balanced by wounds of war and loss of loved ones, John was humble enough to ask only for a simple stone to mark his burial beside his first love, and that wish was granted, as shown here.