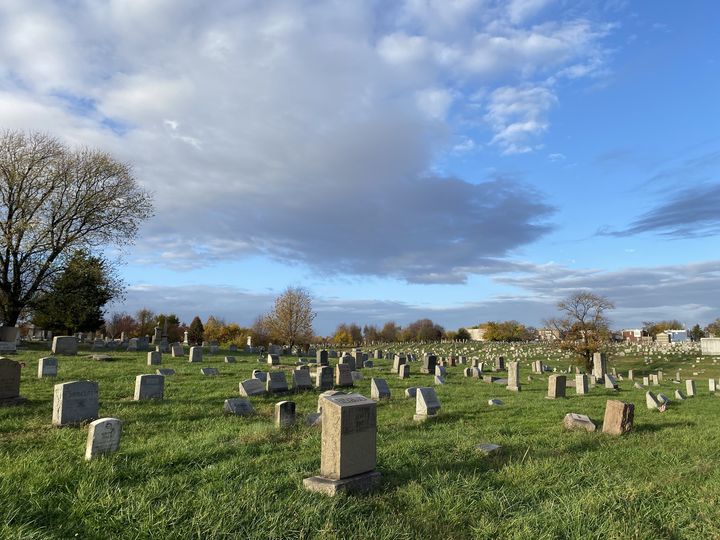 John came from a Philadelphia family with an older sister and younger brother. Their father died in 1902 when John was 5. His mother remarried and it wasn’t long before John had two half-brothers.

John was able to receive a quality education at Girard College, a private school for grades 1-12 endowed by local shipping magnate and banker Stephen Girard. Academically promising students received full scholarships, and admission was restricted to “poor white male orphans.” The boys resided on campus during the week and lived at home on weekends.

In the month of June, 1917, three important things happened: on June 5th the first draft registration took place for all males ages 21 to 30. On June 8th, John turned 21, and on June 22nd, he enlisted. He was part of Company G of the 103rd Infantry, part of the American Expeditionary Forces led by General John “Black Jack” Pershing.

Private Murphy was an early fatality as they engaged the Germans on July 17, 1918 near the town of Chateau Thierry, France. It was the first major conflict that involved American forces in stopping the German advance toward Paris. While his time at the front was brief, John played a part in what is now considered a turning point in the war.

His body was returned to Philadelphia for burial in Section E, Range 7, Lot 7 in September, 1921, where his mother and sister would also be laid to rest. John’s brother Daniel William Murphy also served during the war and came home to marry and work as an electrician until his death in 1946. He is buried in section K, Range 3, Lot 6.