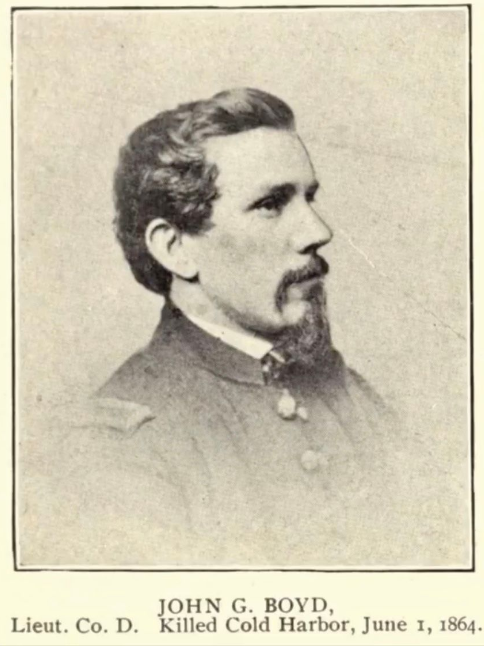 Details on John’s life are scarce, other than his life of service in the Union Army during the Civil War. Those records imply a birth year of 1838 in Philadelphia, further implying he came from a family of five children plus several boarders. Research is also hampered by having a common name; in the 1861 city directory there were 20 men named either John Boyd or John G Boyd.

Within two weeks of the attack on Fort Sumter and the beginning of the war, John joined the 18th Pennsylvania Infantry, which was organized to serve a three-month tour of duty. Most of that time was spent uneventfully in Baltimore, and they disbanded August 7th.

John felt he should continue to do his duty, and reenlisted August 24 as a first sergeant with Company G of the 23rd Pennsylvania Infantry. A year later he was promoted to second lieutenant and moved to Company D, although G is on his gravestone. Along with some minor skirmishes, they engaged in battle at Fredericksburg and Gettysburg. He and other veterans of the unit were given a six-week furlough in early 1864. 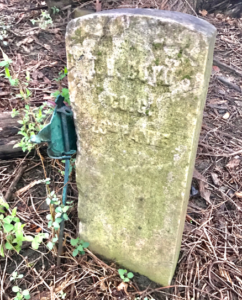 The 23rd then joined the Army of the Potomac that spring in its initial advance toward Richmond, and the great contest between Union General Ulyses S Grant and Confederate General Robert E Lee. The first engagement was at a place called Cold Harbor, about ten miles northeast of Richmond. Grant commanded about 108,000 men. Lee had about 59,000 but his men were more experienced. Despite the two-to-one odds, the Battle of Cold Harbor was a clear Confederate victory.

It was Lee’s last great victory of the war, and it was the last battle for Lieutenant John Boyd. He died there June 1, 1864, along with 74 others from his regiment. Initially buried at Cold Harbor National Cemetery in Virginia, his remains were re-buried here in Section 14, Lot 221.