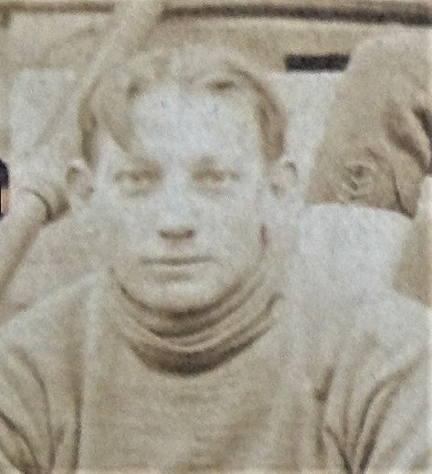 This soldier is memorialized on his family gravestone although he was actually buried in a military cemetery in France. James was the fifth of six children born to Irish immigrants, and three of those four older siblings were brothers and role models.

One of them, Frank, served in the Army from 1909-1912. It must have inspired James to do the same, so he enlisted soon after, and completed his three-year hitch in 1913 in El Paso, Texas. Then Frank signed up again in 1916. When President Wilson signed the Declaration of War passed by Congress in April, 1917, James decided to re-enlist as well.

The Army quickly established engineer regiments to build rail lines, bridges, and roads in France in order to move both troops and supplies from the seaports to the front. Before the war, James was a machinist but his official rank in the Army was now a cook, responsible for feeding Company B of the 19th Engineers Regiment.

By the time he turned 30 on September 19, 1917, he was somewhere in France, so he could have jokingly described 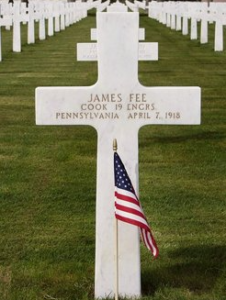 himself as a French chef. He performed a job that wasn’t as glamorous as some others but was obviously essential.

In April 1918, James was on leave in Paris, when he and his friends were in a boating accident on the River Seine and they all drowned. He was, nonetheless, part of the reason why the American Expeditionary Forces were able to complete their mission in the Great War.

A few weeks later, Frank was in France with a machine gun battalion and lost a lung after being mustard-gassed. He survived the war and, years later, he named his only son after his younger brother. James is mentioned on the gravestone at Mount Moriah beneath his sister Rachel (incorrectly listing his age as 29). 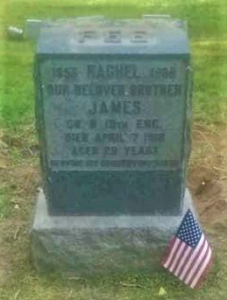