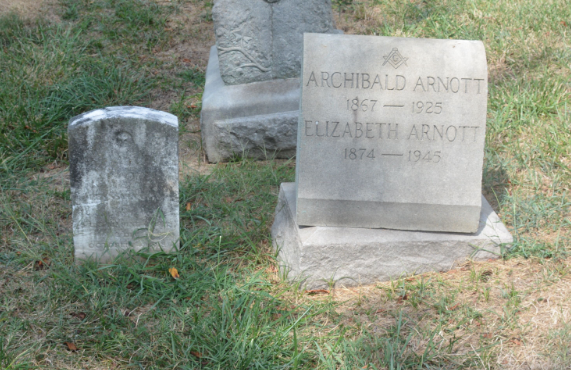 James was born in Newark, New Jersey in 1899 according to best sources, but shortly after the turn of the century his family moved to Philadelphia where his four sisters were born. War was declared in April, 1917 when James was 17 and he would need parental permission to enlist. Whether or not he had it, he officially became Private James Arnott in the Marine Corps on July 6, 1917, and after basic training he was stationed at Fort Crockett in Galveston Texas.

The machine gun dominated the battlefield and became the iconic weapon of the war, with 100,000 in use by 1918. James was trained to use one, and his 8th Machine Gun Company was part of the 5th 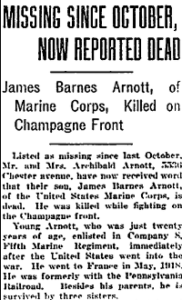 Regiment that went to France in May, 1918. He was killed October 4 at Champagne, France in one of the last battles to break through the German defenses by the Allied forces.

Originally listed as missing in action, his parents didn’t receive word of his death until April, 1919. Before the decade was out they also had to endure the death of their youngest daughter, born in 1910. Funeral services for James and the burial of his remains took place here in September, 1921. Both parents would later join their only son in this same plot.