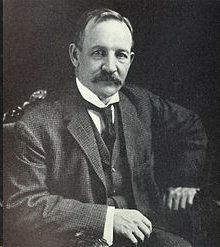 Israel W. Durham was born in Philadelphia, the son of Thomas and Jane Norris Durham, both Irish immigrants. The year of his birth has been listed on various documents, including US passport applications, as 1854, 1855, 1856, and 1857. He had two brothers and two sisters, but he never married, except it could be said he was married to politics.

Israel was educated in Philadelphia and became an integral part of the City’s political scene for many years. He was elected police magistrate in 1885 and was re-elected to that position in 1890. In 1897 he was elected State Senator, filling the remaining term of Boies Penrose who had taken office as a United States Senator. He was appointed by the Governor to the post of State Insurance Commissioner and was a delegate to the Republican National Convention in 1900, 1904, and 1908.

Arguably, he wielded the most influence on the residents of Philadelphia while acting as Republican Party Boss. During the 19th and early 20th century, bosses were part of the political landscape in most major American cities. A boss held great power and was able to operate within the party to dictate voting patterns, mandate appointments, and affect political processes, often while not holding public office.

Israel’s political life is well documented in many newspaper articles. The Bucks County Gazette ran a story in 1903 discussing his travels to Europe and decrying Durham’s lack of interest and attention to his position as Insurance Commissioner, for which he was drawing a salary of $20,000 per year. He was revered by some and despised by others and his career was not without controversy. One such issue involved the lifetime contract with the City Health Department awarded to his brother-in-law Philip H. Johnson. Johnson, an architect, would receive $2,000,000 during his 30 year career. Among his designs were hospital complexes including the Philadelphia General Hospital buildings and the Philadelphia Hospital for Mental Diseases at Byberry.

For several years the Boss suffered from poor health; the Trenton Times reported in 1905 that he was suffering from kidney disease. He spent time in Hot Springs, Atlantic City, and also in the Adirondacks for recuperation. In March of 1908, he became part owner of the Philadelphia Phillies and soon after was elected president of the team. Due to his failing health, he never saw the team play but kept in contact with them from his sick bed.

A lifetime resident of Philadelphia, Israel also owned a cottage on Atlantic Avenue in Atlantic City. It was at his cottage, after an automobile trip with his sister, that Israel had a heart attack and died. It was seven months after his father died just as suddenly of a stroke. 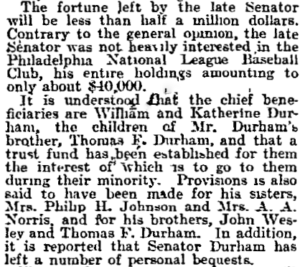 It was said his was the largest funeral procession ever held in the city, attended by federal representatives, the Governor, the entire State Senate and city council, along with judges and other business and political notables. An estimated 15,000 people passed through the parlor of his home on Spruce Street to pay their respects.

The public servant was buried in Section 106 along with his parents. His brother Thomas and wife are in the same section in lot 36. 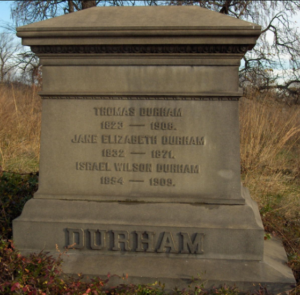