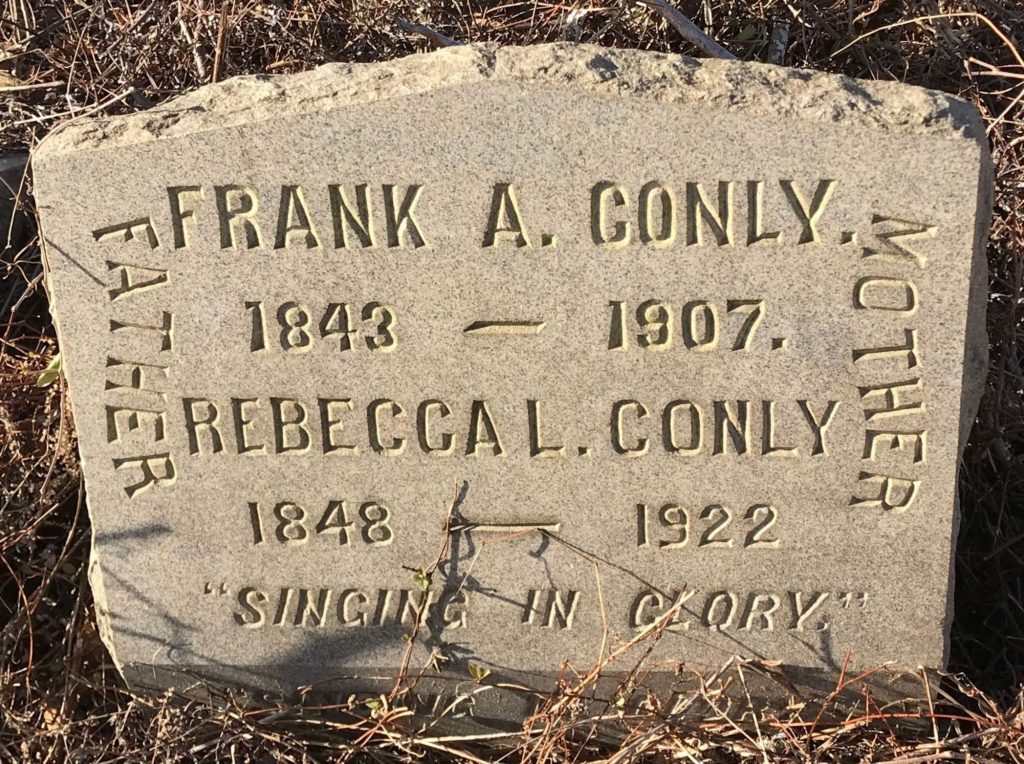 Named after his father, Frank’s son was also given the name Francis, but they all were known as Frank. The first Frank was a carpenter who arrived in Philadelphia from Ireland in 1839 with wife Mary. Frank Jr. grew up with his younger brother, George, born in 1945. He had a job as a clerk in 1860.

When “the rebellion” in the South was a few months old, George was the first to enlist, but Frank followed three weeks later, on August 2, 1861. His name was recorded as Connelly, and he became a corporal in Company B of the 23rd Pennsylvania Infantry, which played a role in battles at Seven Pines, Chantilly and Fredericksburg.

The 23rd was at Gettysburg with only minor losses, and primarily remained in reserve. The Pennsylvania Monument honors each member of the state’s regiments with plaques around its perimeter and Frank Connelly is 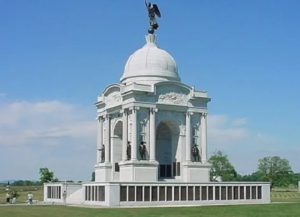 shown here (lower right corner) as F A Connelly,  a corporal in Company B.

Soon after, he became Sgt. Frank Connelly and he completed his service in 1864. He returned as Mr. Frank Conly to married life. During a furlough in 1862, he had exchanged vows with Rebecca Justice, and it was not long after his return that the family grew to three. George Justice Conly (honoring Frank’s younger brother) was born in 1866, as Frank settled into a career as a wallpaper hanger. Eleanor was born in 1869 and their second son arrived in 1876, officially named Francis.

The 1974 city directory revealed that Frank had left his career to become a professional singer. That may have had something to do with a change in vocation for his brother as well, who decided two years later to train for the opera. Frank’s occupation in the city directories remained  “vocalist,” through the rest of the century, with the exception of “comedian” in 1892 and “humorist (actor)” in the 1900 census.

Frank and Rebecca had a second daughter, Eleanor, in 1881, but she died in 1899. It was just six days before Christmas when she was buried here at Mount Moriah at the eastern point of Section 23. Frank died eight years later, and the other three children were later buried beside their parents’ gravestone in this same plot. His vocation was such an important calling on his life that his family wanted everyone to know that he is now “Singing in Glory.”