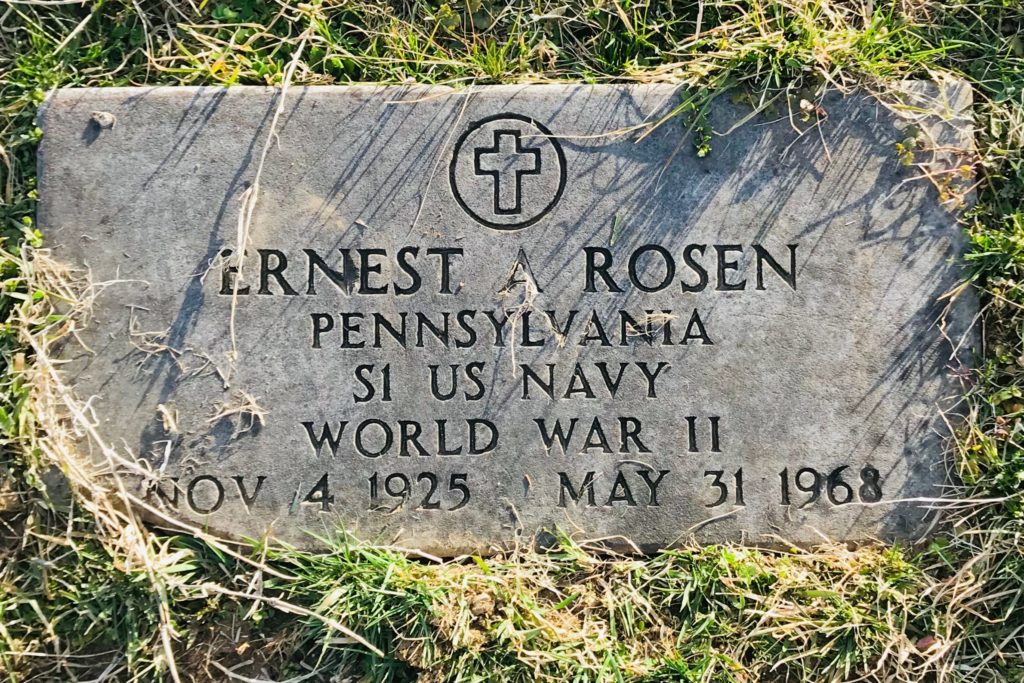 “Ernie” was the fourth of five sons born to a Russian immigrant named Abraham Israel Rosen. He had arrived in Boston, married a local girl, and opened a grocery store in Hull, Massachusetts, a small coastal town south of Boston. Hull was first settled just two years after the first European immigrants, the Pilgrims, landed a few miles south in Plymouth.

Each of their boys would do their part for their country in the Armed Services. Several records confirm that Ernie enlisted in the Navy on November 7,1942, just after his 17th birthday. He was on several ships that had numbers but no names, starting with the USS SC1034, a “submarine chaser” on patrol in Alaska from late 1943 through 1944. He was discharged in 1946 but re-enlisted. For most of that time he was on the USS Salamonie, a 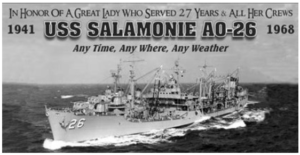 replenishment oiler, shuttling petroleum products between Bahrain in the Persian Gulf and US naval bases in the Far East.

One record says his service concluded in 1952 but another shows his second tour was from November, 1946 to December, 1949. This is confirmed by the 1950 census, which reported his residence in Philadelphia, working as a department store window decorator. City records show he married Hannah Fuller, who grew up near here in Darby, on March 4, 1949. They married at her church, Woodland Ave. Presbyterian Church, a few blocks south of Mount Moriah.

This event also signaled the turning point in his conversion from Judaism. That was confirmed when Ernie was baptized at the church on June 4, 1950. The couple had four boys and a girl, all born in the 1950s, and all were baptized there as well.

His four brothers went their separate ways after each of them spent time in the service. James had a 21-year career in the Navy and retired in Alabama; Richard was in the Air Force in the early years of the Vietnam War and retired in Florida; John served nine years in the Navy and was the only one to return to Massachusetts; Charles was in the Army during the Korean War and was buried in California.

Ernie had some heart trouble, and cardiac failure was the cause of his death in 1968. The death certificate shows the family was living in Drexel Hill, Delaware County, where Ernie had been an auto parts salesman. Hannah arranged for a military headstone for her husband, but when she died in 2011, Mount Moriah had ceased operations so she was buried elsewhere.