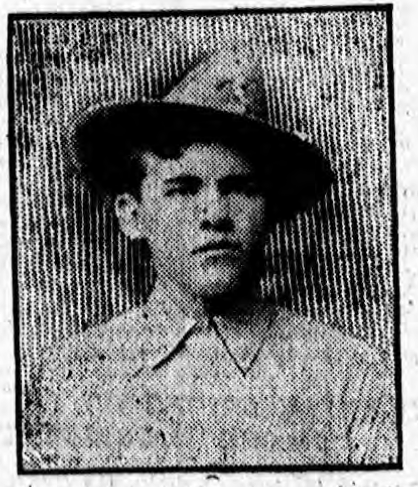 From 1895 to 1898 Cuban revolutionaries were engaged in a violent conflict to free themselves from Spanish rule.  The instability of Cuba, both politically and economically, was of major concern to the United States because of its close proximity to the US mainland. The United States also had millions of dollars invested in Cuban businesses and many citizens residing on the island. As the US closely watched the rebellion, tensions with Spain continued to escalate. The mysterious sinking of the US Battleship Maine in Havana Harbor in February of 1898 made US intervention in the conflict almost inevitable. On April 20, 1898, Congress approved a joint resolution acknowledging Cuban independence and demanding the Spanish give up control of the island.  They also authorized President McKinley to use military measures to guarantee Cuba’s independence.  The Spanish government rejected the US demands and severed diplomatic relations.  A naval blockade ordered by President McKinley began on April 22.  On the 23rd, the President issued a call for 125,000 military volunteers and Spain declared war on the United States and the Spanish American War was underway.

Among the many who responded to President McKinley’s call was Edward Curry, a painter and Philadelphia resident.  Edward enlisted for a three year term on November 4, 1898.  The original enlistment record shows he was 21 years old, 5 feet 6 1/2 inches tall with brown eyes, light brown hair and a ruddy complexion. He entered service as a private in the first infantry.

The tropical climate in Cuba was a breeding ground for disease.  Heat, wet weather and unsanitary conditions resulted in outbreaks of malaria, yellow fever and dysentery.  It is believed that five times as many soldiers died of disease than in battle.  Edward would be one of the many who succumbed to disease.  He died of yellow fever on July 15, 1900 at the barracks in Pinar Del Rio, a western Cuban province.

President McKinley, a Civil War veteran who fought at Antietam, was said to have been deeply affected by the deaths and hurried battlefield burials he had witnessed.  When the Spanish American War ended, he sent teams to Cuba and Puerto Rico to recover the bodies of fallen military so they could be returned to their homes and families. Edward was among the soldiers returned to the US as part of the recovery program; he was buried in Mt. Moriah on March 19, 1901,  eight months after his death.

A newspaper article from March 20, 1901, detailed Edward’s sad return and burial.  Because of Health Department regulations, the coffin could not be opened so his father was able to view only the reinterment of his son on US soil. The article also states Curry was 17 when he enlisted, however the original enlistment document shows he was older. 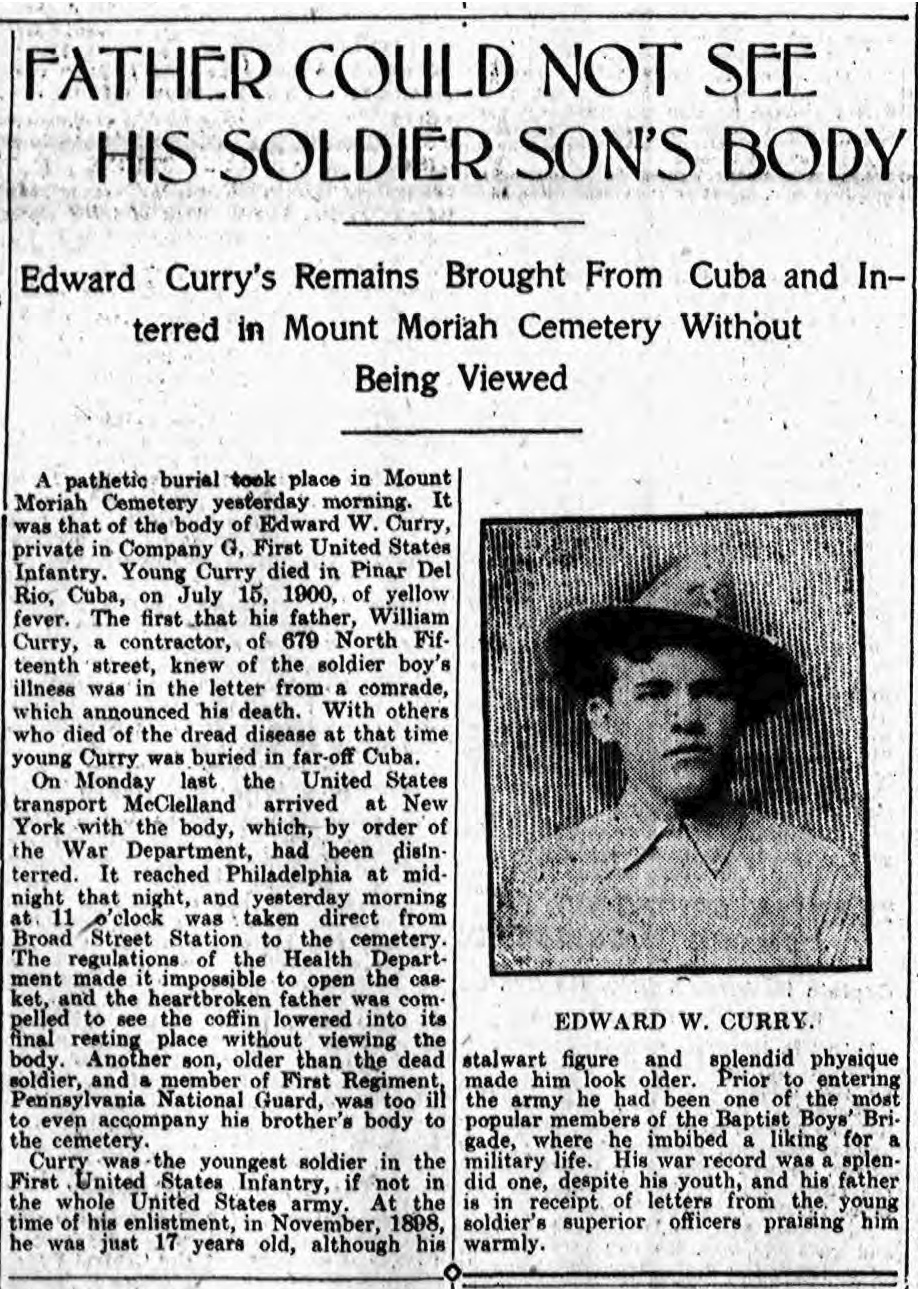