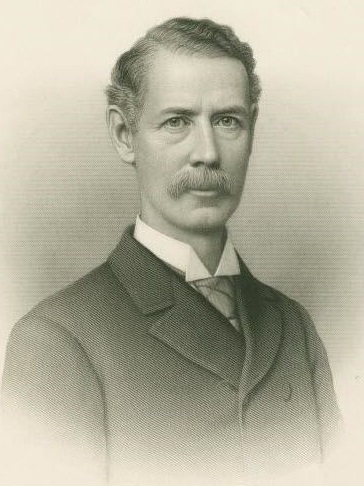 Son of successful printer and newspaper publisher James Sherron MacCalla and Ruth White Paynter, he graduated from Central High School (1855) then read law in the office of Francis Wharton LLD and admitted into the Philadelphia bar in 1858. He also received a Bachelor of Law degree from the University of Pennsylvania in 1859. Throughout his career he practiced mostly in the Orphan’s Court, but he was also active in his father’s old firm of MacCalla & Staveley, on Dock Street.

Although a competent lawyer, his years working at his father’s business created a strong interest in literary pursuits. Through Dr. Wharton’s influence, he became editor of several publications of the Pennsylvania Diocese of the Episcopal Church, including the “Episcopal Recorder,” the “Episcopal Register,” and “The Church.” He was an active member of Christ Protestant Episcopal Church [now Christ Church] in Media, PA, and was assistant secretary of the Diocesan Convention. Because of his skills, he was well known, and he was corresponding secretary for the Philadelphia Bicentennial Association (1882).

He married Helen Arrison and had 3 children: Willard Arrison MacCalla, who also joined his father’s Masonic lodge (Concordia #67, 1892); May (McCalla) Foster, and Clifford Sharron MacCalla, who was a successful electrical engineer. As Grand Master of Masons in Pennsylvania (1889-1890), he took an interest in Masonic education, reinforced tradition and ritual, delivered several dozen addresses to area lodges, sent support to victims of the Johnstown flood, and encouraged the interior decoration of the new Masonic Temple at 1 North Broad Street.

His greatest contributions were not as Grand Master. For 23 years, he was the editor of “Keystone,” the official Pennsylvania Masonic publication, to which he brought international recognition. In 1876, he published one of his most influential publications – proof that Philadelphia was the “mother city” of Freemasonry in the USA. The manuscript he’d discovered was photographically reproduced and distributed widely. For his scholarly contributions, MacCalla was made an honorary member of Lodge Quatuor Coronati #2076 in London and Lodge Mother Kilwinning #0 in Scotland. In 1890, he delivered and published a paper called “Freemasonry in America,” and later published an account of his trip to the UK, “A Masonic Pilgrimage to England and Scotland.”

His enthusiasm for Masonic research indirectly led to his death. While on a lengthy trip to the Holy Land and Egypt, he contracted malaria. He received Masonic funeral rites from Lataif Lodge, Cairo, and was interred in an Egyptian cemetery. Two months later, Grand Lodge had his body disinterred and brought to Philadelphia, where he was honored with an impressive public funeral service at the Protestant Episcopal Church of the Atonement and was buried with Masonic ceremonies at Mount Moriah Cemetery on June 20, 1892.

“In whatever cause Mr. MacCalla’s pen is wielded, or whenever his voice is raised in the lodge of the fraternity, it is to enforce, with cogency of reason, wealth of illustration, and in polished phrase the important principles which distinguish the Craft of Freemasonry. His ability as a speaker and writer is widely recognized, and his services are often in request of the interest of the cause, which he has so much at heart.” Lodge No. 596, in Bucks County, was named for him in 1892. (Now Shiloh-MacCalla Lodge No. 558, in Souderton.) – Content adapted from pages 239-241 of  The Master Builders, Vol III, by Wayne A. Huss, 1989