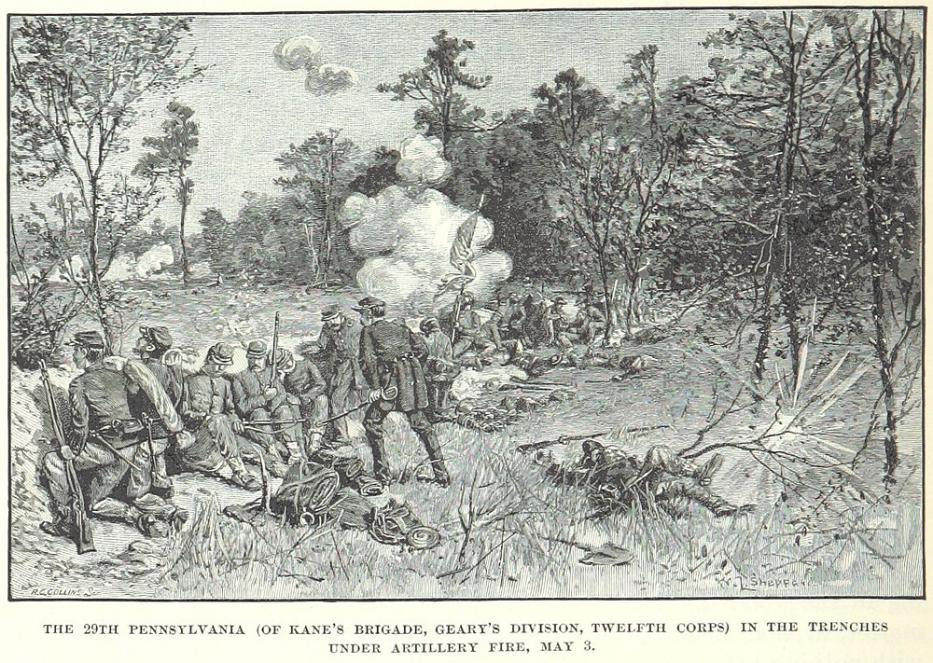 Charles was one of five sons born to Thomas and Mary Waer, but most documents show his last name as Ware except on his death and burial records. By the time he was 15 he had to experience the death of one brother and both of his parents, so he was thrust into making decisions as an adult sooner than most. He learned how to be a cooper, one who makes wooden barrels.

In 1860 he decided to marry a 16-year-old girl named Elizabeth Wilson. Then, despite being married only a few months, Charles decided to enlist June 29, 1861 for a three-year hitch with Company G of the 29th Pennsylvania Infantry.

They pursued General Stonewall Jackson’s troops in the Shenandoah Valley of Virginia, then went into battle at Antietam, Fredericksburg, Chancellorsville, and Gettysburg. From there they went south to Chattanooga, fighting in the battles of Lookout Mountain and Missionary Ridge before moving into Georgia. The 29th wasn’t disbanded until the war ended but Charles’ tour of duty ended in 1864 after serving three years. The 1864 Philadelphia city

directory shows he was back at home, working as a cooper. He was no doubt working as an apprentice under his brother Reuben.

This impressive monument was erected in 1889 at Gettysburg National Military Park in honor of the 29th Infantry. The regiment brought 485 men to the field, with only 15 killed, 43 wounded, and 8 missing.

Charles also received a pension in his later years. He and his wife were the parents of seven children, three surviving to adulthood.

Charles died on March 3, 1907, three months after his wife, in his home at 935 Passyunk Ave. He was buried with wife Elizabeth and daughter Anna. Three of his sons are also here, in Section 133, Lot 59.