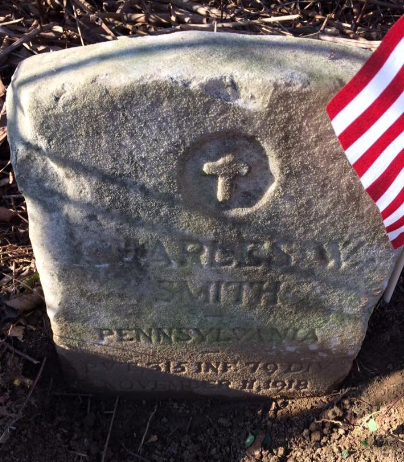 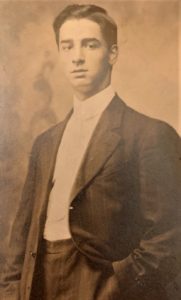 Charles had a brother named John Smith. Charles was probably glad his name was more unique, thanks to his middle name, although he rarely used it. He was born in 1890, the second of three sons of William and Mary Smith of Philadelphia. His father died when he was 5 years old, but his mother remarried and the new family had several step-siblings.

Charles registered for the draft July 5, 1917 but wasn’t called up until May 25, 1918. He shipped out after little a more than five weeks of training on July 9th with the 315th Infantry, which was assigned to the 79th Division.

They arrived at the front just before the start of the Meuse-Argonne Offensive on September 26. It was the last battle of the Great War, and it was a massive attack along the whole line, manned by over 1 million troops assembled to fight. It would require a massive cost of American lives and lasted 47 days until the Armistice, which was set for 11am on November 11.

Two minutes before that hour, a private from the 313th Infantry was shot and killed. Private Smith may or may not have been the last to be shot from the 315th, but it was on that very last day that he lost his life.

He was eventually buried in Section 130, Range C, Lot 21 next to his mother who had died two years earlier, although no stone has been found that marks her grave. The application to request a military headstone for Charles was made by his half-sister and approved by the War Department in 1934.