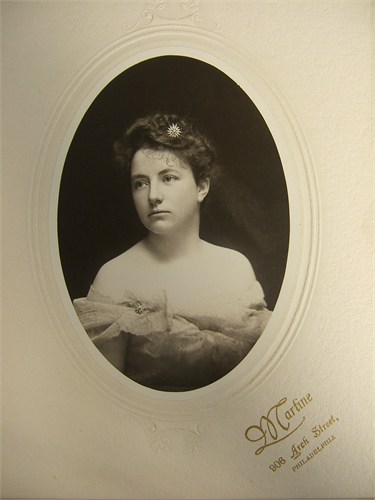 Carolyn Marqueze Halliday Price was born in Philadelphia, PA. She was the daughter of Margaret Cushing Baker Phillippe and James S. Halliday. Carolyn married William Cozens Price on November 19, 1890 at the Episcopal Church of the Epiphany in Philadelphia.

Mrs. Caroline M. Price – Social Worker was formerly of Strathmere, N. J. ~ Funeral services were held this afternoon at the parlors of Andrew J. Bair & Son, 3925 Chestnut st., for Mrs. Caroline M. Price, social worker who died Wednesday in the Hotel Sylvania. Interment was in Mt. Moriah Cemetery. ~ Mrs. Price, who was 70, organized the Red Cross at Strathmere, N. J., where she lived for 25 years before moving to the Sylvania four months ago. In the boathouse at Strathmere she provided an emergency hospital at her own expense to take care of shipwrecked sailors of this war. ~ She was active in the American Shore and Beach Preservation Association, a life member of the Cape May Historical Society and a Daughter of the American Revolution. In addition, she was chief air raid warden of the Strathmere region. 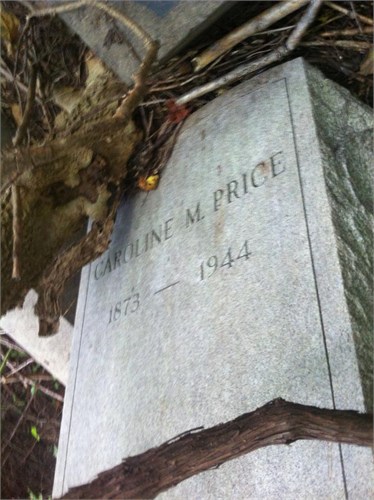