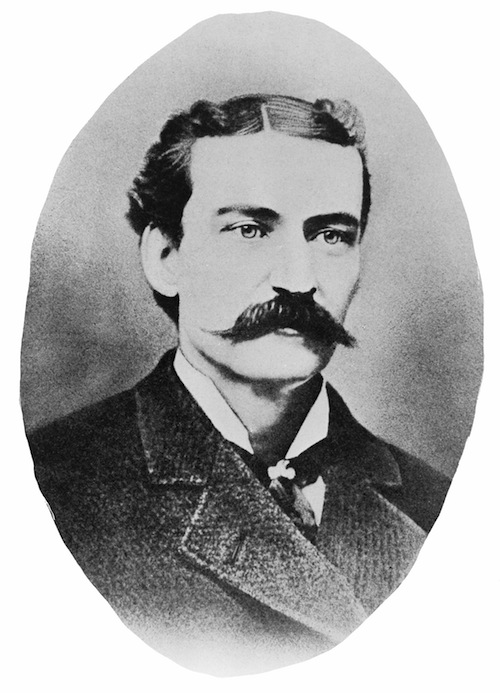 George R. Maguire was born in Philadelphia. Not much is known about his early childhood except that he attended Girard College in Philadelphia. At that time Girard College was a free school for fatherless boys in grades one through twelve. Stephan Girard was a sailor, merchant, and banker and was one of the richest men in the U.S.  When he died in 1831 he willed money to many charitable endeavors, one of which was to establish, build, and create an endowment for Girard College. The College opened in January, 1848. We know George Maguire was a student there at age 12, and at age 22 in 1860 he was a teacher at the school.

In 1861 he married Margaret A. Dunn on April 4, and they eventually had eight children. During the same year, at the outbreak of the Civil War he enlisted as a sergeant in the 3 month service and at the end of this term he was commissioned an Adjutant in the 13th Pennsylvania Cavalry, which was part of the 117th PA Cavalry Regiment. He was promoted to Captain on June 2, 1865 and was mustered out with his company on July 14, 1865 with the rank of Brevet Major.

Maguire was recruited into a squadron in 1861 known as the Irish Dragoons (cavalry which fights dismounted with carbines, sabers, and pistols). Recruiting was done in New York, Philadelphia, Pittsburgh, and Pike and Wayne Counties in Pennsylvania. This became the 13th Pennsylvania Cavalry. Training and equipping was done at Camp Carroll near Baltimore.

On September 24, 1862 they were ordered to Point of Rocks, MD to guard the rail line that crossed the Potomac River. While there, the 13th PA Cavalry was constantly engaged in picket, scout, patrol, and escort duties, participating in numberless skirmishes, and losing in the meantime, upwards of two hundred and fifty men (killed, wounded, and missing). On February 3, 1863 they were ordered to Winchester, VA to provide the same cavalry support for the infantry. A major battle ensued in the Shenandoah Valley on June 12-16, 1863 that was started in Winchester and finished at Harper’s Ferry. It was a Union defeat; the 13th started the engagement with 643 men and lost 322 (k,w,m). It left Harper’s Ferry on June 30th and joined the Army of the Potomac after Gettysburg and pursued Lee’s Army through Virginia. It was involved in many engagements as it patrolled, scouted, and was the eyes of the Army of the Potomac led my Grant and Meade. In October it participated in the Battle of Bristoe Station, which was won by the North (the Union lost 540 and the South 1380). During the winter, it was assigned to duty on the Orange and Alexandria Railroad, with headquarters at Bristoe Station.

On May 3, 1864 it was ordered to duty with the Ninth Corps and the march to the Wilderness, Spotsylvania Court House, and then to Richmond. It had many engagements throughout the rest of the year. In the middle of February, 1865 it was ordered to City Point, and then proceeded by ship to Wilmington, NC. It was then ordered to march south and communicate with General William T. Sherman and his army. Sherman was moving north through the Carolinas after the successful “March to the Sea” (from Atlanta to Savannah in 37 days). They met up with Sherman’s army on March 13 at Fayetteville, turned with it going north where they captured Raleigh on April 13th, four days after Lee surrendered on April 9th at Appomattox.

In civilian life he worked at the Custom House in Philadelphia and became a hotel keeper at 703 Chestnut Street and later at the corner of 6th and Owens. He was known as an eloquent after-dinner speaker, being one of the finest of his day.